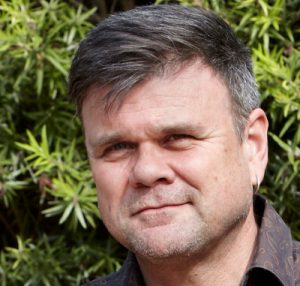 Professor Rudman is the Director of Indigenous Engagement and a member of the Department of Mechanical and Aerospace Engineering. His research focus is Computational Fluid Dynamics, non-Newtonian fluids, turbulence, chaos and mixing.

This project aims to develop new simulation methodologies for studying moderate to high concentration liquid solid flow. In particular, the focus will be on modelling the unsteady fluid motion as well as unsteady granular motion in a Direct Numerical Simulation (DNS) like framework. This will be done via two different approaches. In the first, standard finite-volume techniques will be coupled to DEM to consider solid-laden flows such as those occurring in hydraulic transport applications. The second is focused on the development of a new Smoothed Particle Hydrodynamics (SPH) method that treats the granular material using only SPH particles. The resulting Granular SPH (G-SPH) has the potential to add a completely new modelling technique to the ARC HUB armoury. This project sits firmly within Research Theme 3, Coupled fluid flow, heat and mass transfer (focused on particle-fluid two-phase systems), and addresses the need to develop new methodologies for simulating strongly coupled systems as well as determining appropriate sub-models and parameterisations for CFD-DEM methods. The resulting outcomes from this project will underpin applications in areas including solids transport in pipes and tubes (Project 10), behavior of hydro cyclones (Project 26) and dense medium cyclones (Project 27). The successful completion of this project will provide a new set of tools that compliments the existing ones available to the ARC Hub partners and consequently have a significant impact to the successful delivery to the Hub goals.

This project will utilise numerical simulation of three dimensional (3D) turbulent flow that occur in particle‐laden liquids. The project centres on the coupling and use of two sophisticated computational techniques – Direct Numerical Simulation (DNS) used to model the details of unsteady turbulent flow, and the Discrete Element Method (DEM) that captures the details of individual particle collisions. The project will be split approximately 50:50 between,

Developing a coupling methodology between DNS and DEM and implementing it within the framework of existing computational software.

Use of the code in validation against experimental data for flow of coarse solid suspensions in a pipe flow, up to concentrations that lead to pipe blockage and system failure.

This research hub represents a significant research into particle science and technology. It aims to develop and apply advanced theories and mathematical models to design and optimise particulate and multiphase processes that are widely used in the minerals and metallurgical industries. This will be achieved through detailed analysis of the fundamentals governing the fluid flow, heat and mass transfer at different time and length scales, facilitated by various novel research techniques. Research outcomes including theories, computer models and simulation techniques, as well as well-trained young researchers, will generate a significant impact across a range of industries of vital importance to Australia’s economic and technological future.

A recent theory proposed by PIs McKeon and Sharma advances the idea that turbulent pipe flows can be understood in terms of the linear response of Fourier modes driven by nonlinear forcing; the mean velocity profile must be known in advance in order to close the model. Characteristics of the response modes produced by the model match remarkably well to many features observed in turbulent pipe flows – particularly ‘very large scale’ motions. CIs Blackburn and Rudman will bring expertise in simulation of turbulent pipe flows to bear on the problem and with the PIs set about applying the linear model to the task of passive/open loop control of turbulent pipe flow. The team will also extend the model to deal with shear thinning fluids.

Modelling the impact of waves on floating structure using CFD.

With storms, storm surges and other extreme weather events predicted to increase with global warming and sea level rise, new and more effective ways of protecting our coastal infrastructure is required that does not reduce the amenity of our coastal areas. This project aims to understand and optimise the design of porous breakwaters to reduce the effects of these weather and ocean events on our coastal infrastructure including harbours and ports.