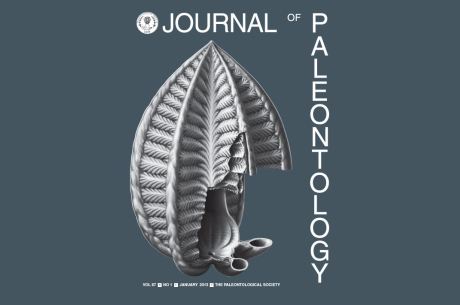 As of 19 December 2019, this site is no longer being maintained.
Please visit: https://www.monash.edu/science/research-groups/earth-atmosphere-environment/igcp493,-587-and-673

These projects, with emphasis on the Neoproterozoic record of Southern Namibia, have led to a much better understanding of the Ediacaran sedimentary sequences (above, left), the palaeogeography, the ancient ocean chemistry, the biotic composition and detailed morphology of the organisms that dominated this important time in the history of life.  The reconstructions and detailed recording of the biota and ancient environments by researcher and artist Peter Trusler captured not only the cover of the Journal of Paleontology in 2013 (above, right) but has been the basis for stamps and many other outputs leading to a much more detailed understanding of this end of a SuperEon and the beginning of the Modern World.

The Namibian Ediacaran illustration (above, left) and the modern landscape that has produced the youngest Ediacaran biota, southern Namibia.

The IGCP is a cooperative enterprise of UNESCO and the International Union of Geological Sciences (IUGS) and has been stimulating comparative studies in the Earth Sciences since 1972. After three decades of successful work, the "International Geological Correlation Programme" continued, as "International Geoscience Programme". Up to this day, IGCP has made research results available to a huge number of scientists around the world with about 600 projects.