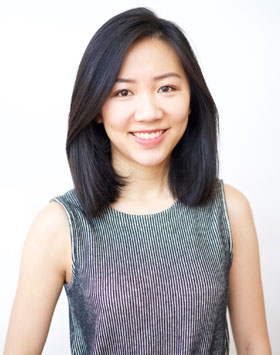 Before accepting her new position, Xiang needed to resign as a Market Analyst at her previous company. A big decision. And one she wanted to get right. So she took steps to maintain good relations with her coworkers – she made sure to clearly communicate her reason for the move and facilitated a smooth transition before her departure.

What lies behind Xiang’s success? Transferable skills, such as problem-solving and critical thinking, that she learned through the 2+2 Program. As part of the Program, she completed her final two years of undergraduate engineering at Monash after her first two at Central South University in southern China. 2+2 graduates end up with two degrees, one from each university, making them global engineers.

“I’d always wanted to live overseas so, when I became aware of the 2+2 Program, I jumped at the opportunity,” shares Xiang. “The Program offered the engineering degree I’d wanted to do, and I figured that receiving qualifications from the two well-regarded universities would give me the flexibility to stay in Australia or go back to China.”

Xiang adds, “I met my husband in China through the 2+2 Program and both of us decided to come to Monash. Our 2+2 peers were a great support when we first arrived in Australia. I’ve made lifelong friends through the Program.”

What does the future hold? “I think the development of solar panels and their application to the grid system are critical for transitioning to clean energy,” remarks Xiang. “I hope to see a breakthrough in battery storage that will lower its cost and increase its capacity and duration.” Perhaps this will happen sooner rather than later.

To others just starting out, Xiang advises, “Be brave and confident. Don’t limit yourself by your own doubts.” Clearly, Xiang has managed to make her way through the energy industry by choosing to follow her own advice.