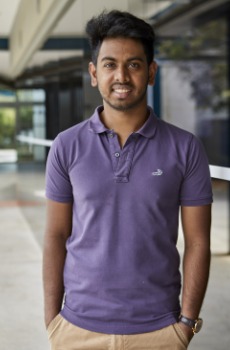 During my research into different universities I came across Monash as a prestigious Australian university. Monash is the highest-ranking university for engineering in Australia, and after talking to some friends who were already at Monash, it was clear to me that Monash offered a friendly environment for studies.

What attracted you to engineering?

I grew up in a household where both my parents were from engineering backgrounds, which meant I was exposed to engineering at a very young age. As a child I would watch my father work in a workshop in our backyard and I was always interested in how machines work. I think the biggest attraction towards engineering for me was the curiosity I had towards how all the man-made structures seen in real life work.

Tell us about what you studied – What was it? What did it involve? What did you actually do?

I studied a civil engineering course, which included a common first year where units from different engineering backgrounds were studied. After the common year I chose civil engineering and thereafter studied a wide range of units covering the four core components of civil engineering (structures, water, geomechanics and transportation). The course included both theory and practical components. In my opinion the best part was the practical laboratory sessions. For example, we would make scale models of bridges using different materials and then test them against each other to see which one was the best.

Apart from study, what else were you involved in both at Monash and off campus? (Paid work, sport, clubs, hobbies etc)?

Outside university I was involved in a youth club, which focused on both charity work and professional career development. While studying I also worked part time at the Monash engineering computer laboratories as a lab assistant.

What was the best thing about being a student at Monash?

I would say the best part is being able to make lifelong friends and be in an environment with likeminded people.

What advice do you have for prospective students starting uni next year?

Monash offers a lot of opportunities both in and outside of classes. Take advantage of these opportunities and make the best of it. Finally, I would say that Monash is a wonderful place to learn about cutting edge technology as well as make some great friends, and most importantly enjoy what is going to be the best four years of your life.