Professor Geoff Rose, Director of the Institute of Transport Studies and tour guide extraordinaire, shares a tour diary of the first week of the trip.

Study Tour lifts off! Everyone arrived in Singapore as scheduled on Sunday morning. We had some recovery time in the afternoon and then kicked off with pre-dinner drinks near the hotel, and then a meal in an excellent vegetarian restaurant to welcome everyone. Most of the students knew a few others on the trip, but even though they are all final year civil engineering students, some have met fellow students for the first time. 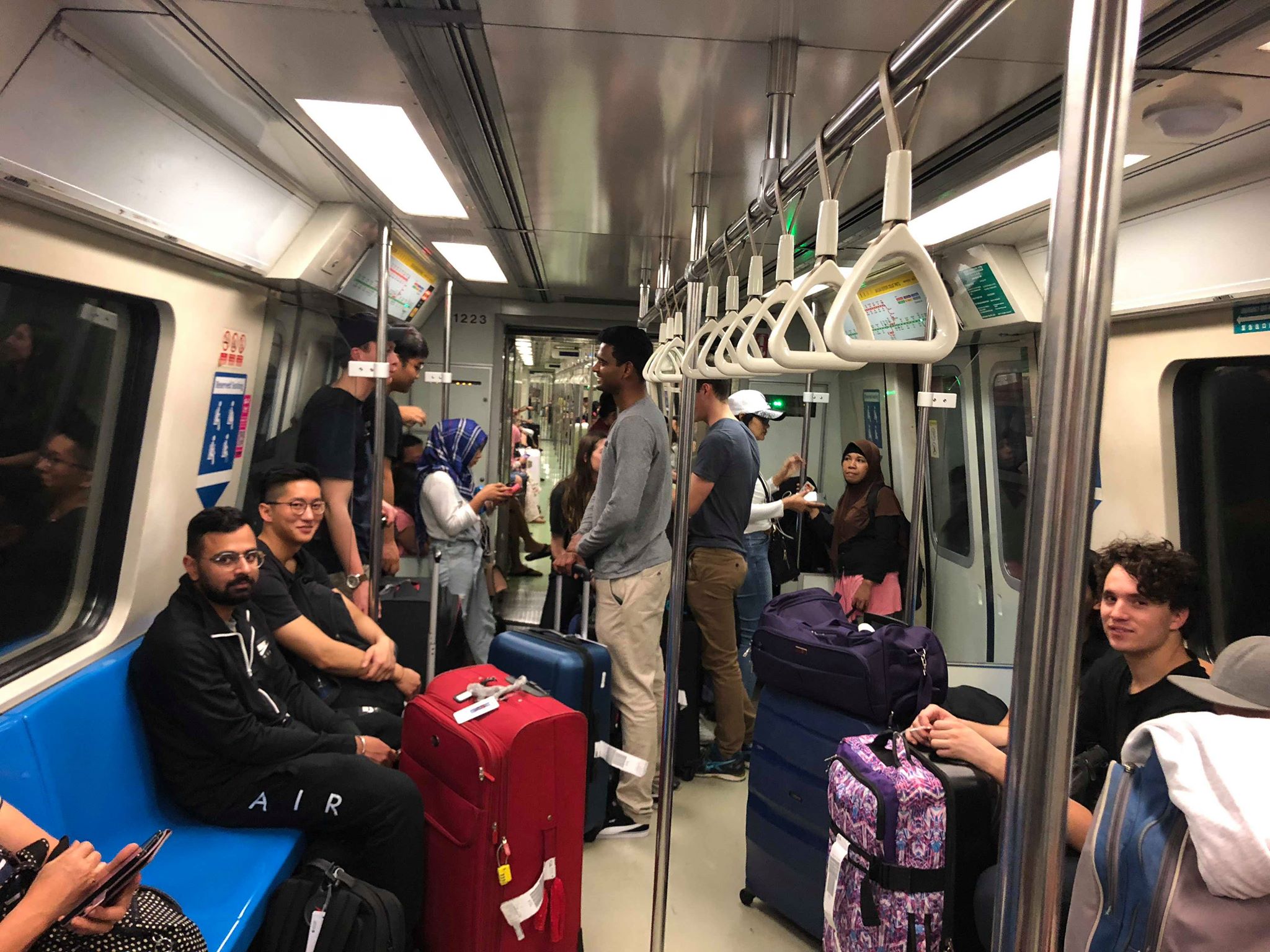 We started off with a sightseeing trip to the iconic Singapore Merlion, with the iconic Marina Bay Sands hotel looming in the background.  We then went to Asian Civilisation Museum where we looked at relics collected from the wreck of a Chinese trading ship and saw art works from ancient Angkor, which at its peak, was one of the largest cities in the world.  We also spent time in an exhibit exploring the concept of the Chinese Scholar - a concept we will revisit in Suzhou where we’ll visit the house of a Chinese Scholar from hundreds of years ago. 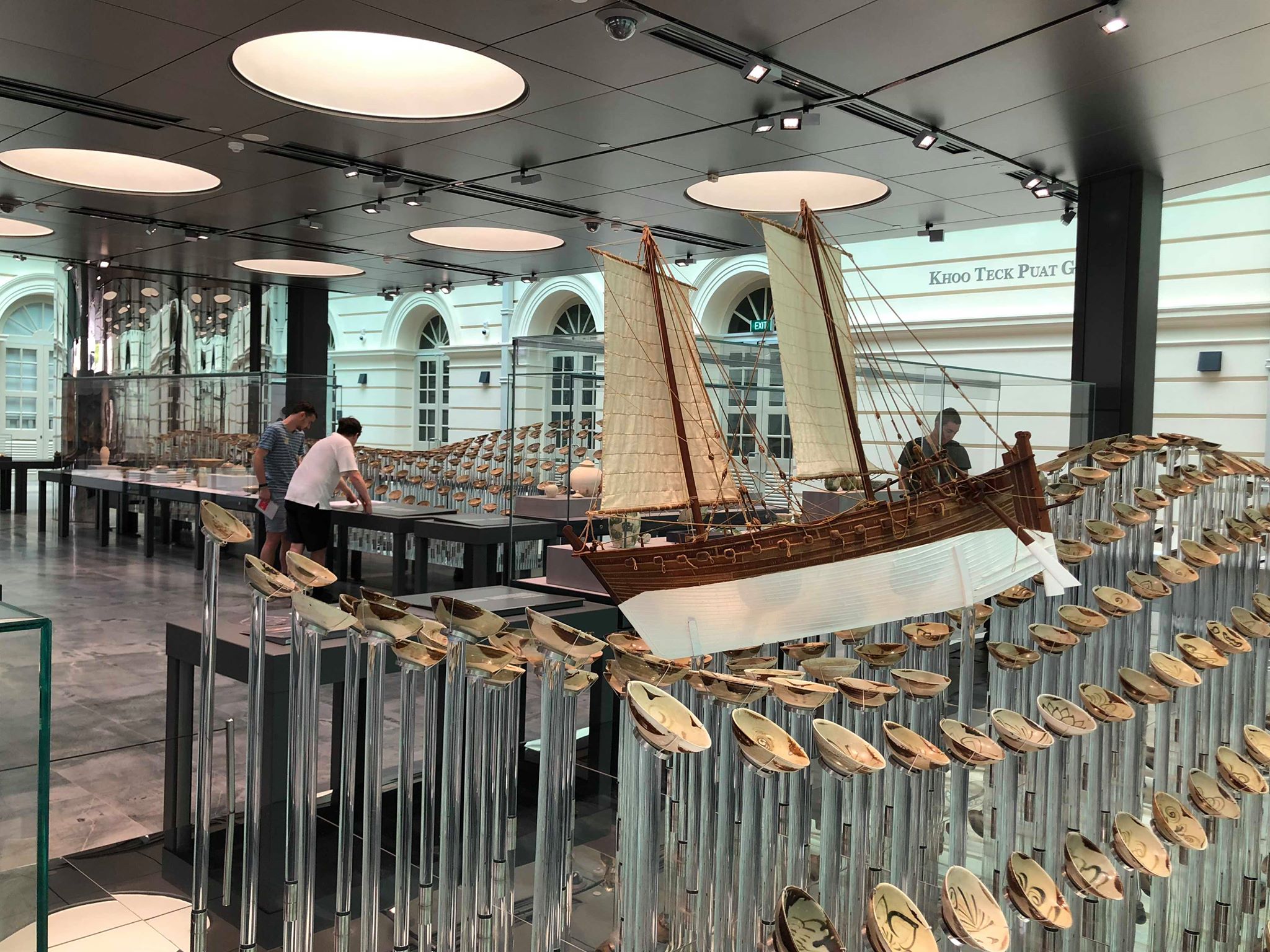 From the Museum, we headed to the outer suburbs on a field data collection exercise, where we explored the operation of a driverless Light Rail Transit system. After that, we went to the Land Transport Authority Campus where former Monash ITS PhD student, Dr Evan Gwee, gave the students an excellent presentation about transport and land use planning in Singapore. Evan’s presentation touched on many of the concepts we will be exploring in the unit over the next three weeks. 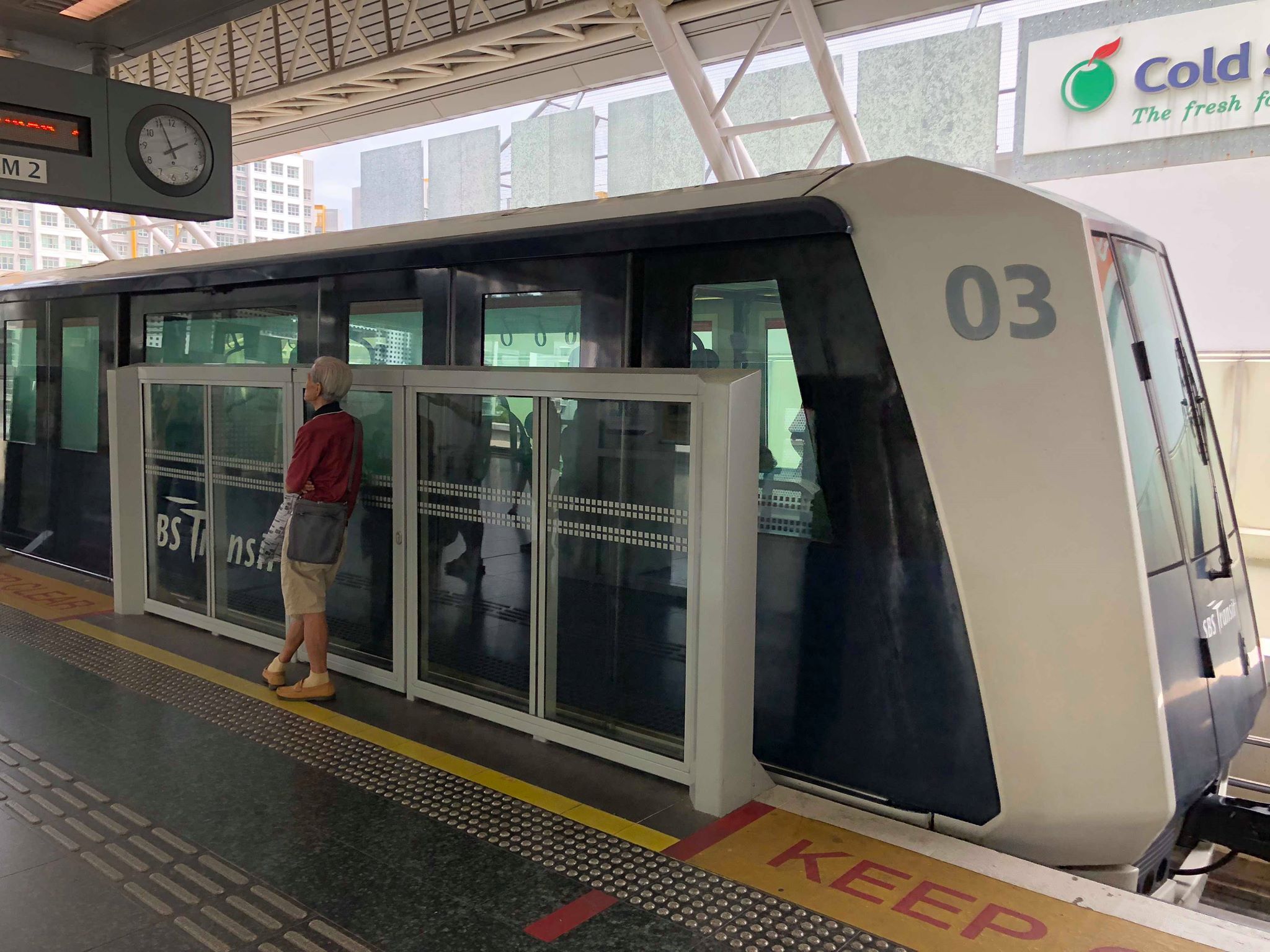 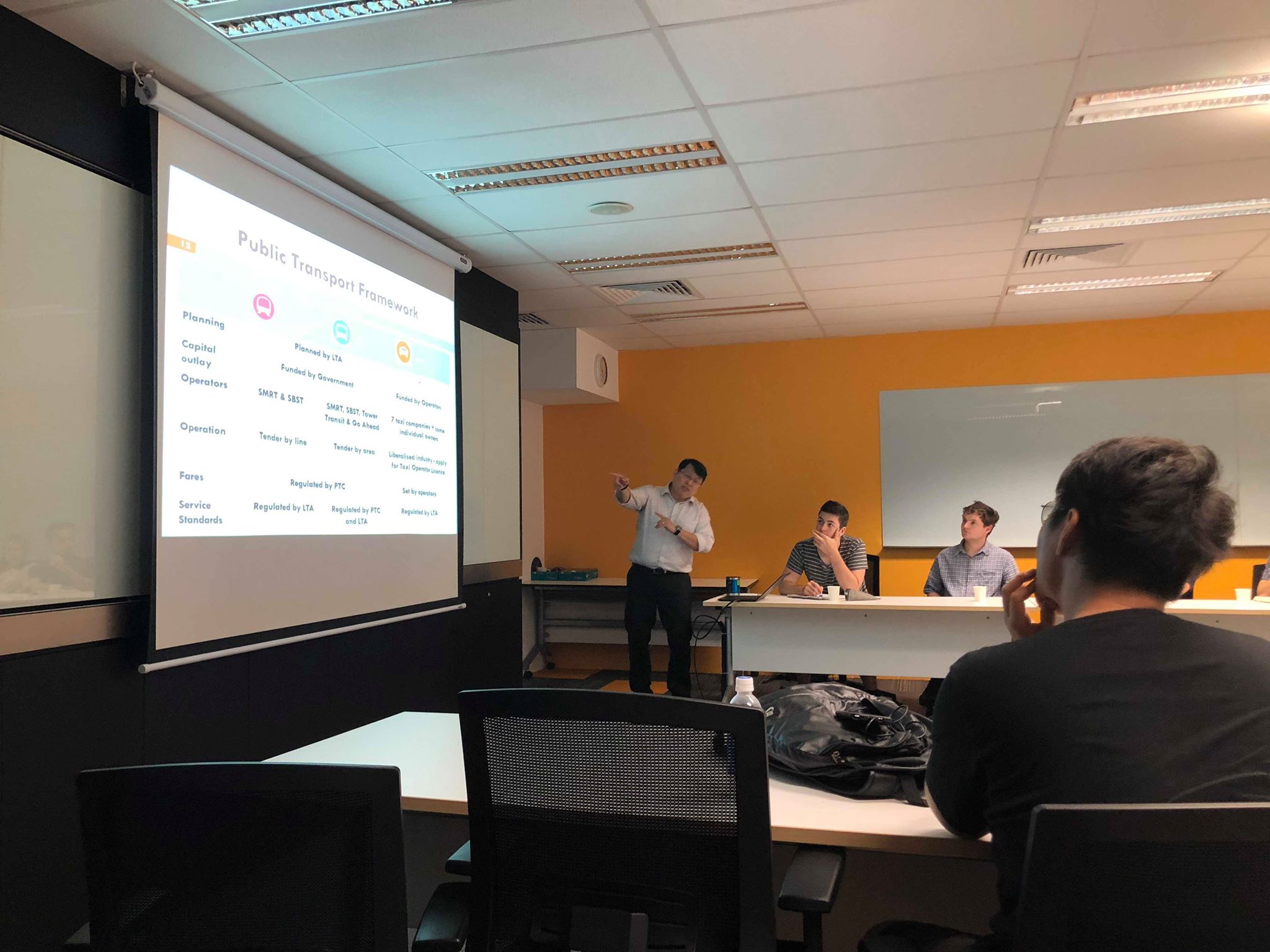 Dinner tonight was near Bedok station where everyone made the most of the hawker stalls for a tasty and cheap dinner. We had an early start exploring another corner of the island by bus, then caught a boat across to nearly island Pulau Ubin.  We experienced a real tropical downpour at one stage, but one of the shops was delighted with the unexpected boost in poncho sales!  Next, we rented bikes to ride across the island through rainforest in light rain to get a look at the southern tip of Malaysia.  In the afternoon, we were went to Arup’s Singapore office to meet with three of their young staff, who discussed their career paths and the projects they’re currently working on. Arup kindly put on pizza and some drinks for us all, and the students took the opportunity to chat to the staff.  One of the Arup team was a Monash civil engineering graduate Ryan Wong.

From Arup, we went to Gardens By The Bay to see the Supertree sound and light show. The group split from there to go different directions to get a bite to eat and hopefully (!!) get back to the hotel in time to pack and get a good night’s sleep prior to an early morning departure for Malaysia tomorrow. 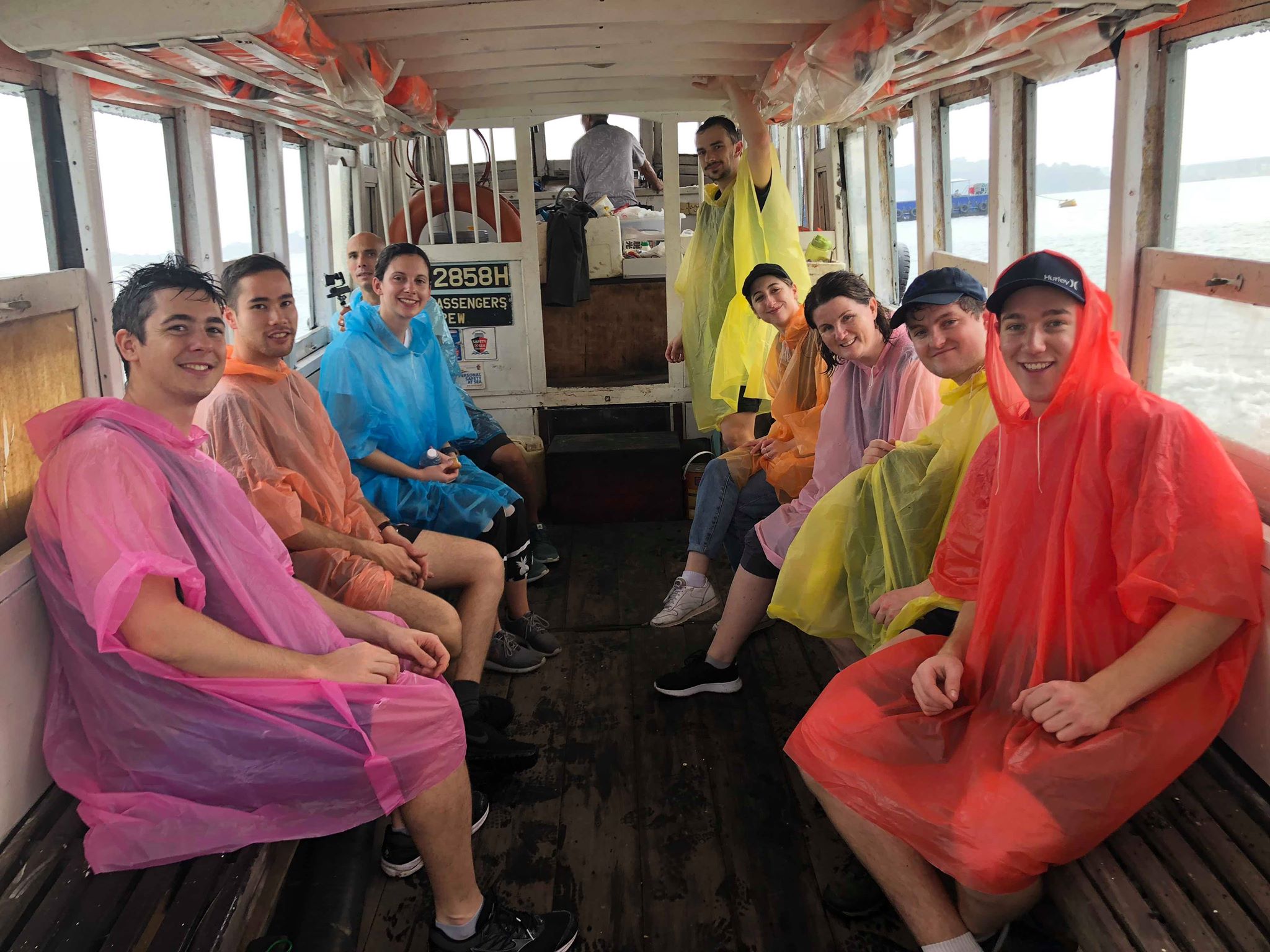 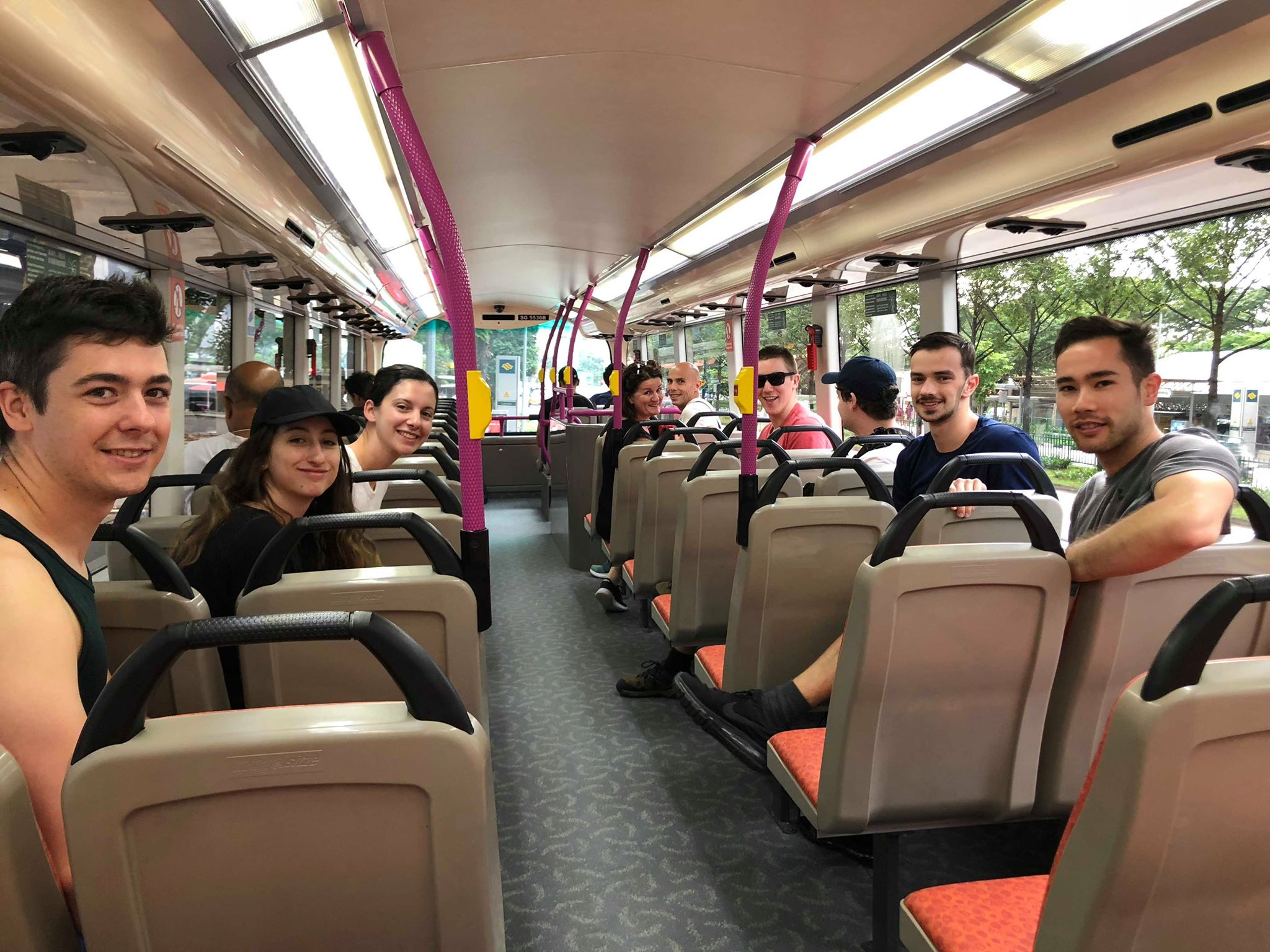 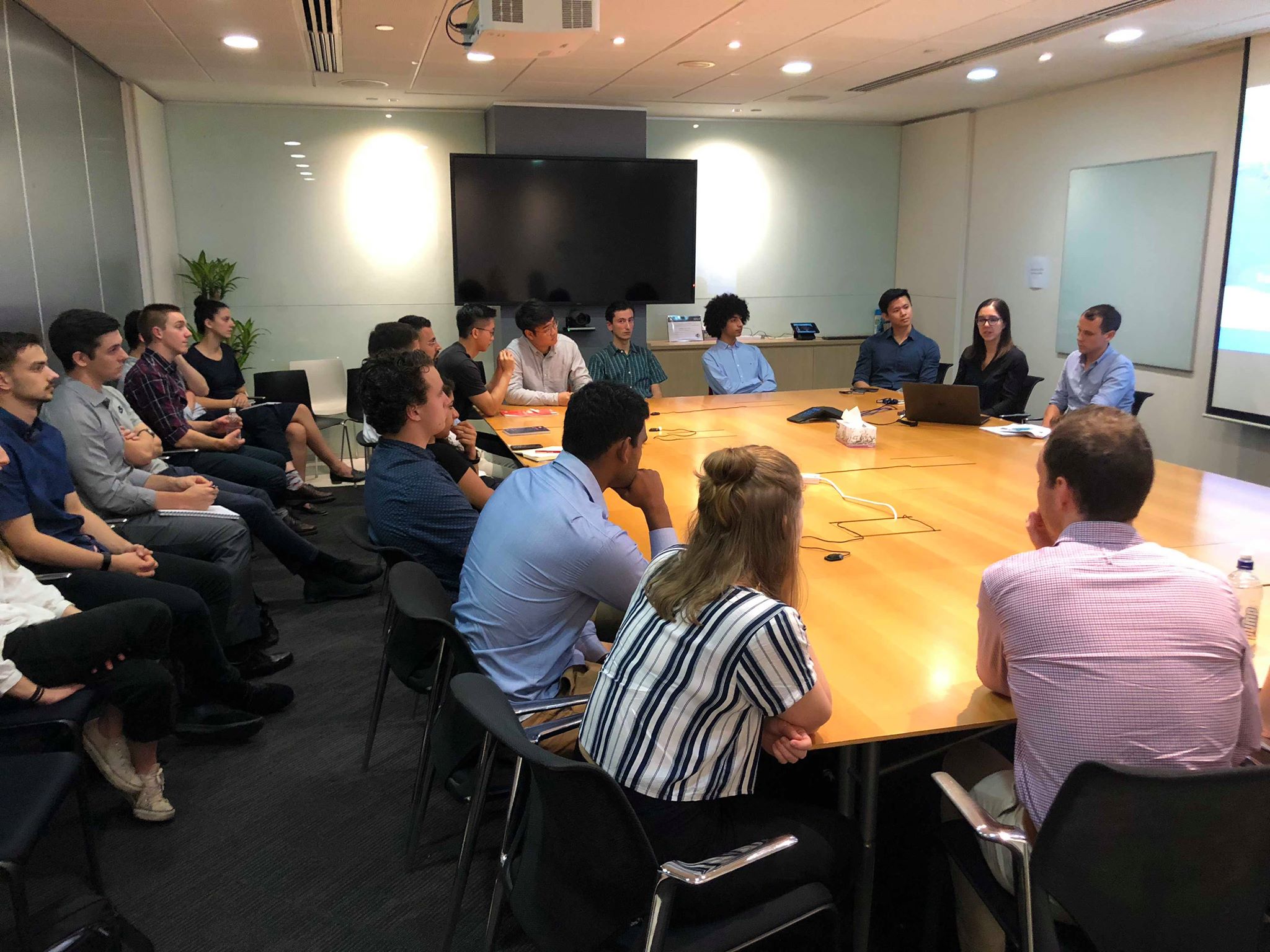 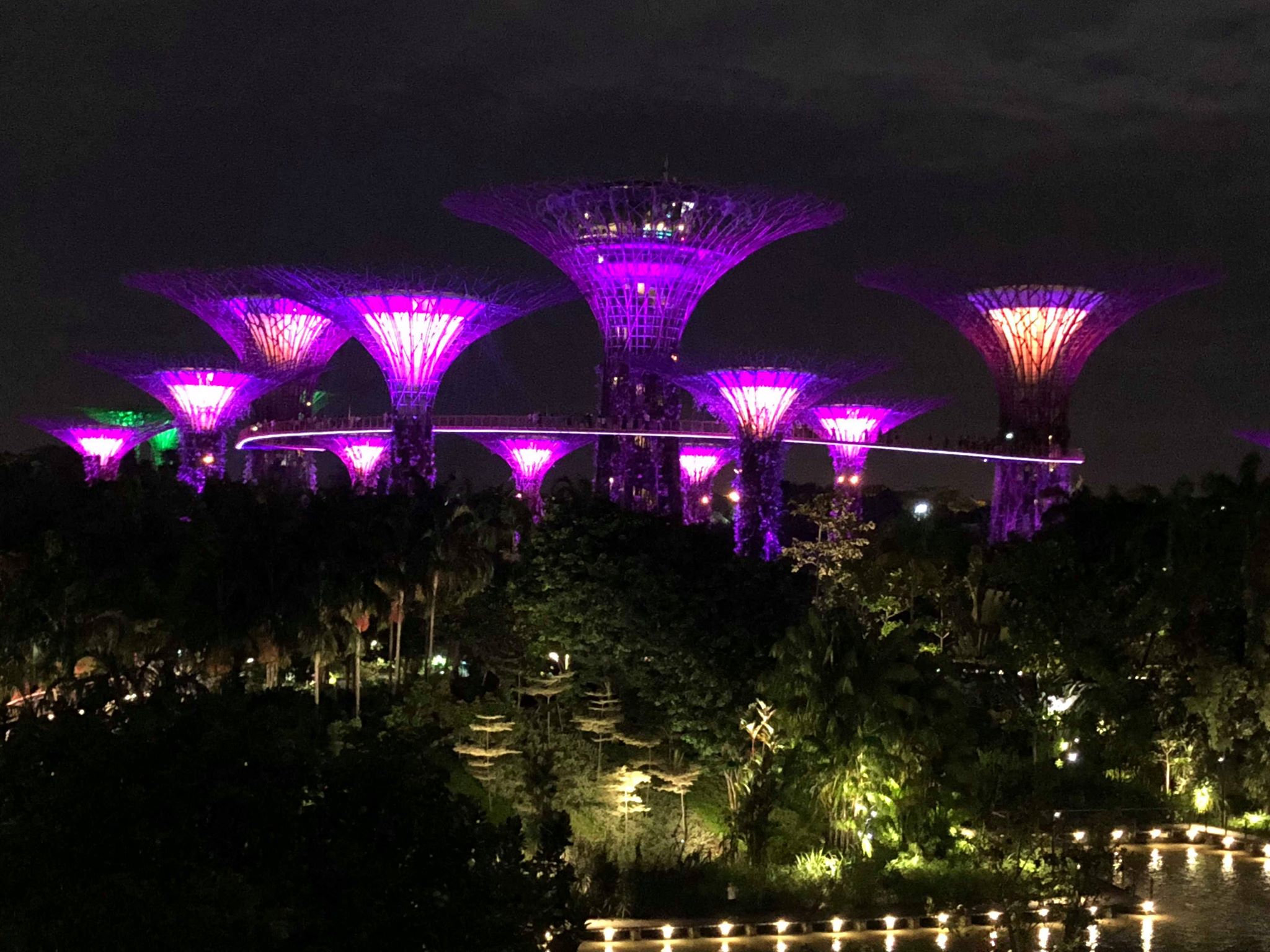 On Wednesday, we travelled from Singapore to the Monash Malaysia campus in Kuala Lumpur. That proved to be a bigger task than you might imagine with a group of 23 people moving to and from airports on public transport! The students are enjoying the campus accommodation; the big pool and the gym are clear winners.

I had warned the students that the three days on the campus in KL would be a transport planning boot camp, and it was. The material we completed on travel demand forecasting was like finishing a stage in the Tour de France with a long mountain climb. But, they hung in there, and we completed all the material as planned.

To celebrate finishing boot camp, we went out for a group dinner to a local hawker stall area the students have fallen in love with called the Rock Cafe. It’s about a 10 minute walk from campus - this team LOVES going for local food. 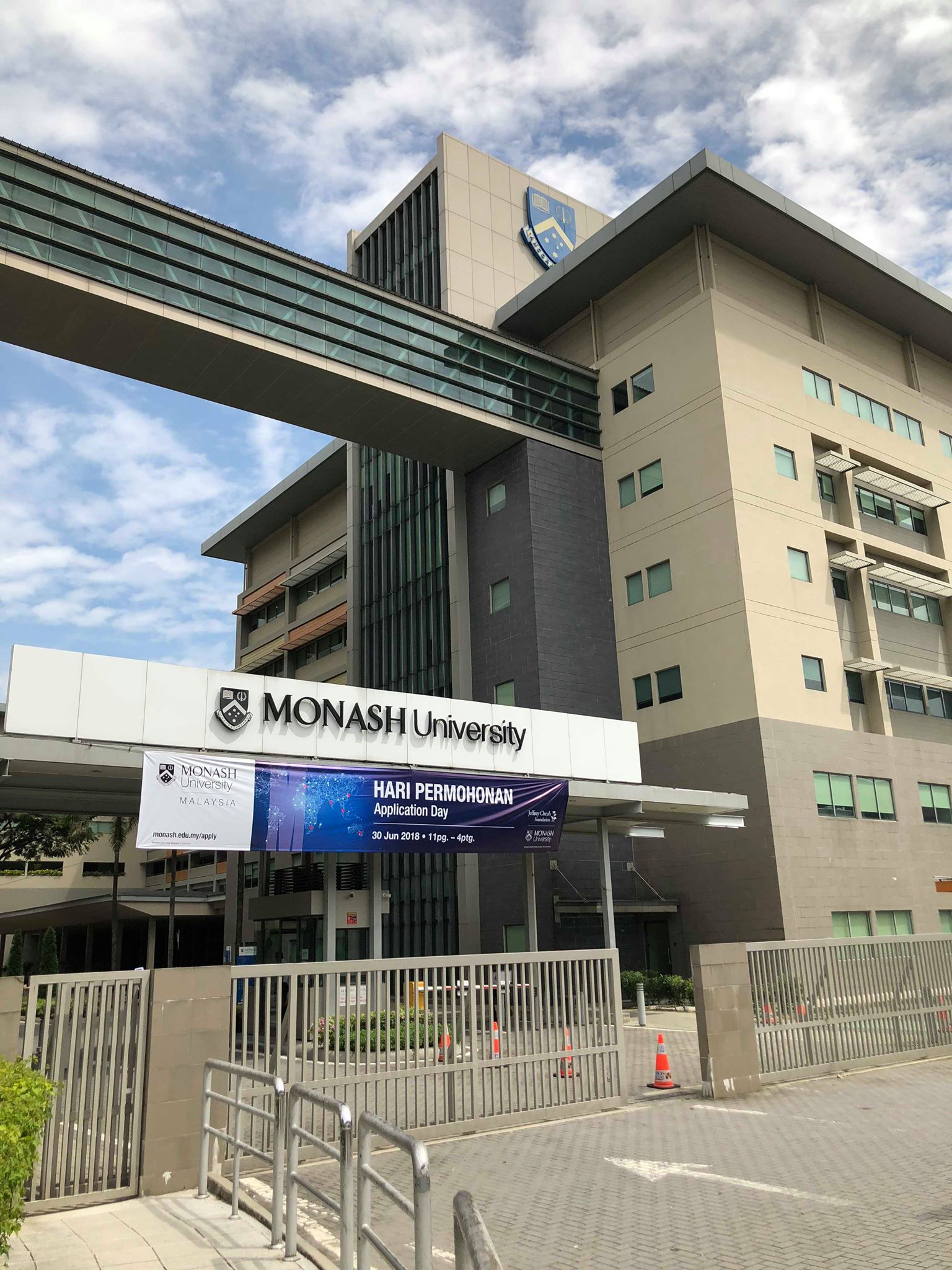 Day off! Most of the crew spent some time working on their group projects or reviewing some of the material we covered in class. They also took the opportunity to chill a bit before we leave KL tomorrow.  A few went across to the water theme park at Sunway Pyramid, which has a House Of Horrors - wish we’d been there with a camera. People dressed as zombies came out from cages and chased them as part of the experience. One of the guys could hardly speak afterwards, he screamed SO much. They had a great time and had us in fits of laughter telling us all about it. Everyone has really enjoyed the time at the Malaysian Campus, but tomorrow we move off on the next stage of this adventure.