Shifting the stereotypes in STEM

With images of dust-caked workers, formidable trucks, hard hats and remote locations, mining might not be the first career that comes to mind for women engineering graduates, or for women at all.

But Bonnie Coxon says she’s never looked back since deciding to join the mining and minerals sector after completing her civil engineering nd commerce degrees at Monash University little more than a decade ago.

Today, she’s a manager with the gold miner Newcrest Mining, based in Orange, NSW. And in addition to her day job, she’s on a mission to encourage more girls to choose careers in science, technology, engineering or mathematics – the STEM fields of endeavour.

She says mining, in particular, offers a host of opportunities, but STEM subjects, in general, can drive numerous career possibilities for girls.

Spreading the word on STEM

This year, as one of 60 women selected as ‘Superstars of STEM’, she’s spreading the word. Run by Science and Technology Australia, the two-year program aims to break down stereotypes by having role models such as Coxon advocate in schools and in the media for women to develop STEM skills.

The program provides training in media and engagement skills before sending its superstars out to speak in schools – although it won’t be Coxon’s first time back in the classroom.

While working at Rio Tinto’s Northparkes copper mine in NSW, she delivered presentations at local secondary schools about her job and opportunities for girls in the mining industry. After moving to Melbourne in 2016, she also visited schools as an affiliate of the Sisters in Science initiative, started by Monash science student Grace McKee.

While Sisters in Science has moved from schools into the online realm as a video blog to reach a wider audience, the Superstars of STEM program sees Coxon head back into schools with a more personalised approach.

“I’ll be talking to 14 and 15-year-old girls who are considering their subject choices and career options, although some people might say you need to reach them even earlier, because by that age they’re already a bit set with an unconscious bias towards themselves about what they can and can’t do,” she says. Diversity doorway

Her own career, she says, demonstrates the diversity of roles that STEM can open up. After graduating, Coxon started with Rio Tinto at its underground coal mine in Emerald, Queensland, learning hands-on mining skills as a precursor to her role as a geotechnical engineer.

The mining sector remains male-dominated, with men comprising 86 per cent of the workforce on average. 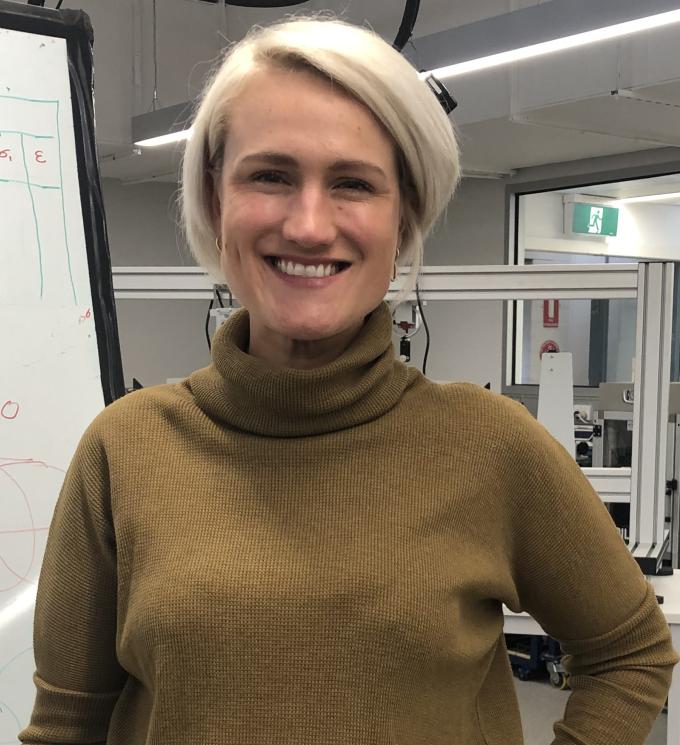 After three years, she moved to Northparkes copper mine in NSW, also as a geotechnical engineer, before leading a workplace culture change project as a ‘zero harm champion’ helping to make safety ‘personal’ for staff. From there, she managed a team of engineers while also developing a leadership program for the Northparkes site, and introducing technology-driven productivity improvements.

Moving to Newcrest Mining in 2016 was a step into a human resources role, working on leadership development across the whole company.

In 2017, she became the principal engineer for Newcrest, involved in the research and development of safe and productive mining technologies to implement across multiple sites.

She is now a manager in business improvement at Newcrest’s Cadia Valley Operations.

“I feel so fortunate to have had the ability to work in HR, cultural change, operations, engineering, technology – it’s awesome,” she says. “And I would love other girls to do that. I have two daughters, and I’d like to feel that they could do that, too, if they wanted.”

The mining sector remains male-dominated, with men comprising 86 per cent of the workforce on average. However, Coxon says the companies she’s worked for have had proactive policies supporting inclusion and diversity, and her experiences as a woman have been positive.

The gender balance in engineering degrees is also still skewed towards males in many courses, she says, although even the most technical of the degrees provide well-rounded problem-solving skills that stand all graduates in good stead.

“Even if they don’t want to be an engineer or a scientist, there are many jobs available in mining and in other fields if you have a background in maths and science,” she says.

“At the end of the day, STEM subjects will set girls up in some way, shape or form. Even if you’re a fashion designer, at some point you’re going to have to measure something.”