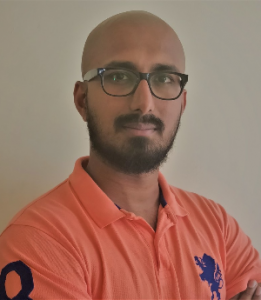 Sohan is a Mechanical Engineering graduate from the National Institute of Technology Karnataka (NITK), Surathkal. After graduation, he worked as a Design Engineer at MECON Limited, a frontrunner consultancy firm in the Metallurgical sector. Apart from engineering and design, he has been actively involved in developing regression models to determine the performance of the company. During his study at NITK, he was a member of NITK UAV (Unmanned Aerial Vehicle) team and SOLVE (Students Online Learning through Virtual Experimentation) team. He was the Joint Convenor of Robotics Club and Technical Coordinator of Computer Society of India (CSI)- Student Chapter at NITK, Surathkal. His keen interest in aerial vehicles and automation has led him to pursue his doctorate in ‘Design and Development of Autonomous Airships’ under the guidance of Prof. Rajkumar Pant (IIT-B), Prof. Arpita Sinha (IIT-B) and Prof. Hoam Chung (Monash University).  His doctoral research is a multidisciplinary project which amalgamates the design, dynamics, control and system integration of an airship. He specialises in the field of unmanned aerial vehicles, mechatronics and lighter-than-air systems.