Meet the people leading our faculty in Australia and Malaysia

In addition to her position as our Interim Dean, Professor Nicholson has also been the acting Deputy Dean and Associate Dean (Education).

In 1988, after completing her Bachelor of Science (Hons) and Master of Science (Computer Science) at the University of Melbourne, she was awarded a Rhodes Scholarship to study at Oxford. There, she completed her doctorate in the Robotics Research Group.

After completing her post doctorate at Brown University, she returned to Australia to take up a lecturing position at Monash.

During her career, Professor Nicholson has published more than 100 peer-reviewed papers, co-authored the well-received ‘Bayesian Artificial Intelligence’ and attracted more than $8M in research funding.

She has also applied BN technology to solving problems in many domains, such as meteorology, epidemiology, medicine, education and environmental science. Some of her projects included using BNs to assess biosecurity risks, predict the impact of conservation actions on threatened species and support decisions in clinical cardiovascular risk assessments. 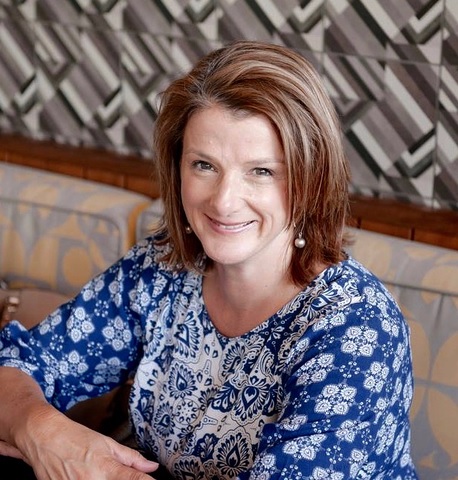 Leisa McGuinness joined our faculty in 2018, bringing almost 20 years’ leadership experience in higher education across a number of senior management positions within Monash.

Notably, Leisa has led a number of schools within the Faculty of Medicine, Nursing and Health Sciences, including Nursing and Midwifery, Psychological Science, Biomedical Science, and Indigenous Health.

Before this, Leisa was a school manager for our faculty at Peninsula campus and subsequently Clayton.

Leisa is a committed, collaborative leader with great expertise and success in delivering strategic business outcomes through effective and long-term partnerships.

Her impressive skills in business planning, data analysis and employee engagement are invaluable as we work towards our new strategic goals. Professor Garcia de la Banda is an award-winning researcher and academic who has been innovating in IT for more than 25 years. Throughout her career, she has upheld several leadership roles in the Faculty of IT – including Head of the Caulfield School of Information Technology and Deputy Dean.

In addition to her position as Deputy Dean (Research), Professor Garcia de la Banda is Acting Co-Chair of the Woodside FutureLab, Chair of the Athena SWAN STEMM Women Academic Network and President of the Association for Constraint Programming.

Among many achievements, Professor Garcia de la Banda was the recipient of the Universidad Politécnica de Madrid's ‘Best PhD Award’, the co-winner of the First International Constraint Programming Challenge, and the winner of the first and only prestigious Logan Fellowship from the Faculty of IT – a role she held for six years.

During her time, Professor Garcia de la Banda has led and contributed to many transformative projects in areas such as constraint programming, program analysis and transformation, programming languages and bioinformatics. She has also published extensively in these disciplines and co-chaired global conferences including the International Conference in Logic Programming. 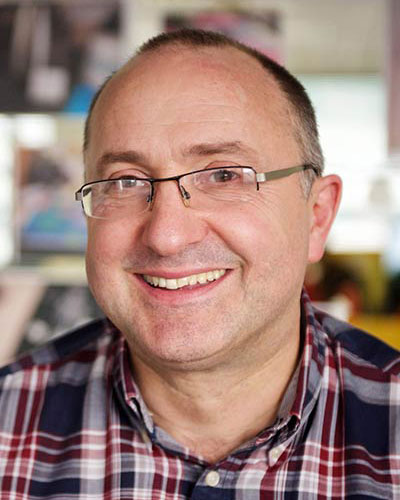 In pursuit of his interests, Professor Olivier coined the phrase ‘Digital Civics’. This term represents a cross-disciplinary research area that explores how technology can promote new forms of participation in the design and delivery of local services such as education, public health and social care.

One notable example of his work in this area is the App Movement Platform. A new type of technology commissioning service, this innovation allows anyone to campaign, develop and automatically generate location-based review systems for topics of concern.

Before joining Monash in 2018, Professor Olivier was Professor of Human-Computer Interaction at Newcastle University. There he founded and led Open Lab, the institution’s centre for cross-disciplinary digital technology research.

He has also been Director of the Engineering and Physical Sciences Research Council’s Centre for Doctoral Training in Digital Civics and Digital Economy Research Centre – a multidisciplinary five-year project involving 25 postdoctoral researchers. 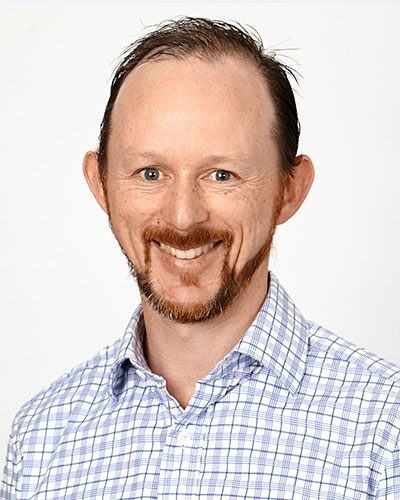 In addition to his role as our Associate Dean (Learning & Teaching), Dr Butler is also one of our senior lecturers and researchers.

Dr Butler is part of a major ARC Linkage Project that is investigating how 3D printing can provide better access to graphical learning materials – and support orientation and mobility training for the vision-impaired. 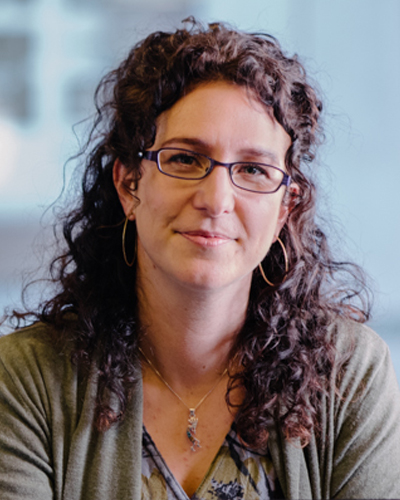 Associate Professor Strengers is a digital sociologist and human-computer interaction scholar investigating the sustainability and gender effects of digital, emerging and smart technologies.

In addition to her role as Associate Dean (Equity, Diversity and Inclusion), she leads the Energy Futures theme in the Emerging Technologies Research Lab and is an Associate Director of the Monash Energy Institute.

Associate Professor Strengers works with qualitative and digital ethnographic methods, theories of social practice and technofeminism to understand how people are incorporating new devices and technologies into their everyday lives. Her research is applied in focus, and involves many research partners to inform current visions, designs, platforms and policies for emerging technologies in the energy, sustainability and smart home sectors. She has collaborated with organisations such as ANZ, Ausgrid, AusNet Services, Energy Consumers Australia and Intel Corporation.

With a PhD in Social Science, a Master in International Urban and Environmental Management, and a Bachelor of Arts, Associate Professor Strengers has written over 50 journal articles and conference papers. She's also the author of Smart energy technologies in everyday life and Social practices and dynamic non-humans.

Throughout her career, Associate Professor Hoda has written over 70 publications on agile transformations, agile project management, customer collaboration, team practices, reflective practices and culture. She has also spoken extensively on these topics.

In 2017, Associate Professor Hoda's research on Agile Development was recognised internationally, with her theory on 'Becoming Agile' receiving a Distinguished Paper Award at IEEE ICSE.

During her eight years at the University of Auckland as a senior lecturer, Professor Hoda used her expertise in Agile software development to elevate curricula. Now as our Associate Dean (Academic Development), Professor Hoda is doing the same in our faculty.

Aligned with our mission, 'IT for Social Good', Associate Professor Hoda is passionate about using technology to create positive real-world outcomes. Professor Meyer brings over 20 years’ experience in tertiary teaching and curriculum development. He is also working closely with schools to develop a new ‘early start’ curriculum that investigates computation beyond programming.

In our faculty, Professor Meyer is both our Associate Dean (Graduate Research) and lead for our modelling and simulation research group.

Focused on computational ecology, he creates mathematical and computational models of the interactions between organisations and their environment, including the impact our changing environment has on their lives.

Most of Professor Meyer’s work centres on the collective behaviour of social insects, such as bees and ants, in the hope that a deeper understanding of their behaviour will help us better protect them and the important ecosystem services they provide.

Dr Wilson leads the international strategy here in our faculty. He is also a senior lecturer and researcher, with deep expertise in digital forensics, information retrieval, machine learning and bioinformatics.

Playing a key role, Dr Wilson is also a co-director of the AiLECS Lab – a collaboration between Monash and the Australian Federal Police. This initiative is helping to reduce trauma among officers classifying child exploitation materials.

During his time at Monash, Dr Wilson has held many high-level positions. These include Chair of our graduate programs, Head of the Caulfield School of Technology and Director of our ICT strategy. 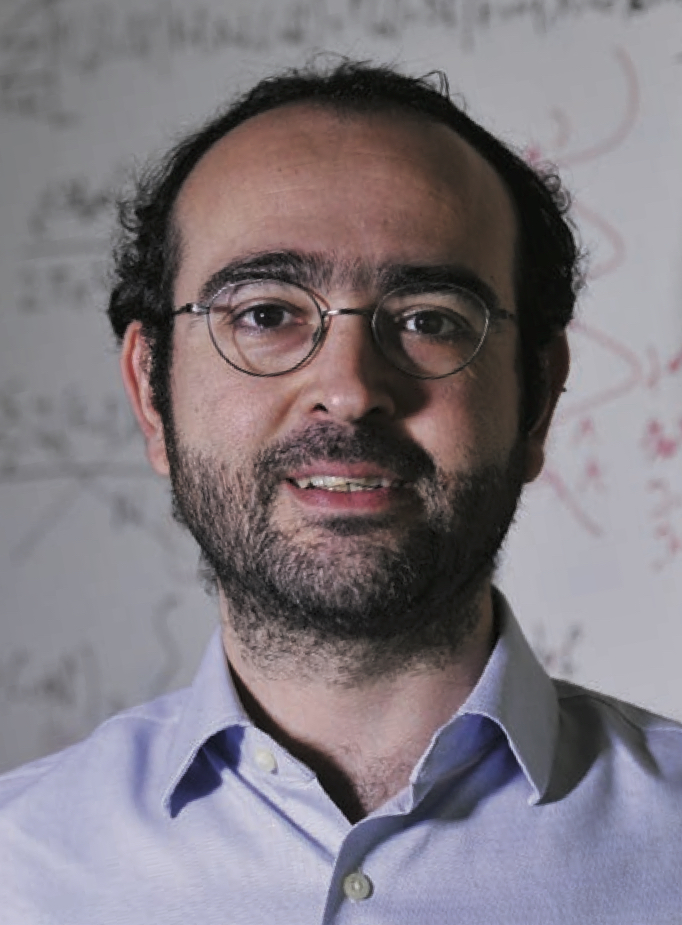 Associate Professor Turhan is both our Associate Dean (External Engagement) and an associate professor in software engineering.

Throughout his career, Associate Professor Turhan has published over 100 articles in international journals and events, received several best paper awards and secured external funding from governments and industry for many large-scale projects.

He has also chaired and organised several conferences, and served on over 30 program committees.

Associate Professor Turhan’s research lies at the intersection of software engineering and artificial intelligence. His work focuses on improving the reliability of software systems, productivity of development teams and effectiveness of related practices. Prior to stepping into his current role, Professor Cai has been a full professor, Cluster Deputy Director at the Data Science & Artificial Intelligence Research Center, and Head of both the Visual and Interactive Computing and Computer Communications Divisions in Nanyang Technological University.

He has published more than 200 technical papers in international conferences and journals. He was also a co-recipient of paper awards at the ACCV, ICCM, IEEE ICIP and IEEE MMSP.

During his career, Professor Cai has served as an associate editor for IEEE T-IP, T-MM, T-CSVT and Visual Computer, and the Area Chair for ICCV, ECCV, ACM Multimedia, ICME and ICIP. What’s more, he was the Chair of IEEE CAS VSPC-TC from 2016 to 2018, the leading TPC Chair for IEEE ICME 2012 and the best paper award committee co-chair for IEEE TMM 2019. 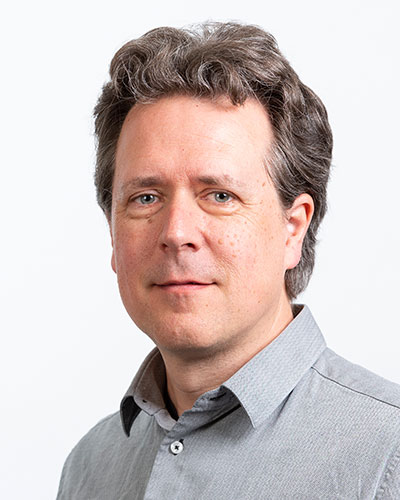 Associate Professor Rudolph has contributed extensively to four key areas of cybersecurity. These are trusted computing, security of critical infrastructures and security of IT networks, security by design/security engineering/formal methods for security, validation and design of security protocols, and digital forensic readiness and secure digital evidence.

Until March 2015, Associate Professor Rudolph was Head of the high-profile research department Trust and Compliance at Fraunhofer Institute for Secure Information Technology.

Several other positions that Associate Professor Rudolph has held are Principal Investigator at CASED Center for Advanced Security Research Darmstadt and Co-chair of ECSaR International Workshop on Engineering Cyber Security and Resilience at Stanford University.

He was also a lecturer at TU Darmstadt, gaining extensive experience in course design and teaching in cybersecurity, and supervising and mentoring graduate research students.

One of Associate Professor Rudolph’s major career highlights has been helping Huawei establish a research group on Trusted Computing in Darmstadt, Germany, as part of the European Security Competence Centre within the Huawei European Research Centre. After obtaining his PhD in 1989, Professor Marriott worked at the IBM TJ Watson Research Centre. Then in 1993, he joined Monash.

Currently, Professor Marriott is researching how new technologies, such as 3D printing and tablets, can help present graphical content to vision-impaired people.

He’s also focused on developing technology that can create interactive documents and diagrams which adapt to different viewing environments and user requirements.

Professor Marriott has been a co-recipient for both a Best Paper Award and Best Paper Honourable Mention Award at IEEE InfoVis.

School of IT – Malaysia Before joining Monash in 2009 as Head of our School of IT in Malaysia, Professor Guo developed his academic career at Nanyang Technological University, Singapore.

He obtained his Bachelor of Engineer from Nanjing University of Aeronautics and Astronautics, China, and then his PhD from Imperial College in the UK.

He has more than 130 publications in journals and conferences, and secured competitive research grants valued at S$2+ million. What’s more, he has graduated over 10 PhD students.

Professor Guo is an active member of ASA, IES and MSNT. He is also a Fellow of IMechE.

Explore our world-class academics and their areas of research expertise.

Connect with a supervisor

Engage a leading expert to oversee your research project.

Locate a professional team member in our faculty via the Monash staff directory.

If you have a query for the Dean’s office, please email our Executive Assistant to the Dean, Bernadette Rambold.