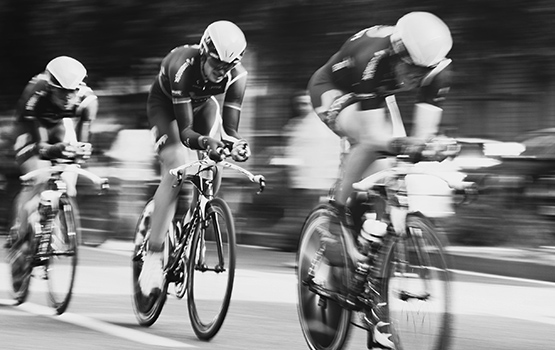 Australian cyclists could be able to ride faster thanks to new experimental techniques developed by Monash University, the Australian Institute of Sport and Cycling Australia.

Australian cyclists could be able to ride faster, thanks to advanced numerical and experimental techniques developed by Monash University, the Australian Institute of Sport (AIS) and Cycling Australia (CA).

With the 2020 Tokyo Olympic Games drawing nearer, advanced numerical and experimental studies are being conducted to provide Australia’s most promising athletes with a competitive advantage.

The studies are helping Australia’s leading sports scientists and performance coaches to shave vital seconds off their athletes’ times in the velodrome.

Studies published in the Journal of Sports Engineering and Technology present the first published computer simulations of the time-dependent flow around a pedalling track endurance cyclist.

The research is a result of a collaborative project between Monash University, the AIS and CA. Monash’s Faculty of Engineering has worked with the AIS for the past 15 years in order to improve the aerodynamic performance of Australia’s elite athletes, especially in summer, winter and Paralympic sports.

“At racing speeds in the velodrome, more than 90 per cent of the total resistance experienced by elite cyclists is attributed to aerodynamic drag. The potential for drag reduction to influence race results has motivated researchers to investigate the problem,” Dr Timothy Crouch, Senior Engineer in the University’s Department of Mechanical and Aerospace Engineering, said.

“Numerical simulations developed by Monash researchers, along with experimental wind-tunnel tools, have enabled sports engineers and scientists at the AIS and CA to optimise aerodynamic solutions for professional Australian cyclists that consider the cyclic motion of the legs.”

For this study, Monash researchers employed a numerical modelling technique that enabled the aerodynamics of a cyclist to be simulated over a number of revolutions of the pedal stroke – a world-first. These numerical simulations were also supported with experimental data of a cycling mannequin pedalling at high cadences in the Monash Wind Tunnel.

“Over the pedalling cycle, the flow patterns around and behind a cyclist change significantly. As a result of this, we’ve found that to maximise cycling speed, different leg positions require different aerodynamic treatments. The optimal cycling performance solution, however, has to consider all of the different phases of the pedal stroke,” the Department of Mechanical and Aerospace Engineering’s Professor Mark Thompson said.

These advanced computer simulations are enabling extremely fine details of the flow around cyclists to be predicted; this would be extremely difficult or impractical to achieve via wind-tunnel experiments.

The new insight into the flow physics of cyclists provided by these simulations is enabling Monash and sports researchers to look at novel techniques for minimising aerodynamic drag over the complete course of the pedal stroke.

This thorough process, and numerical and experimental tools resulting from these studies, have also had a significant impact on the way elite-level road sprinters, such as those who compete in the Tour de France, ride their bicycles over the sprint line.

“Over the last few years we’ve been researching sprint positions in the wind tunnel that have been considered not practical or too ‘extreme’ for competition. However, it’s now clear that these more extreme positions, coupled with correct training programs, are a viable and potential game-changing option for some elite athletes.”

The research article, titled: ‘A numerical model for the time-dependent wake of a pedalling cyclist’, was authored by Martin Griffith, David Burton, Timothy Crouch, Mark Thompson and John Sheridan (Monash University), and Nicholas Brown (AIS and University of Canberra).

To watch what happens in the Monash Wind Tunnel, please visit https://www.youtube.com/watch?v=oT04zW0Qzdk