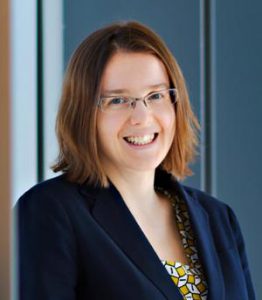 Professor Dana Kulić develops autonomous systems that can operate in concert with humans, using natural and intuitive interaction strategies while learning from user feedback to improve and individualise operation over long-term use. In collaboration with Professor Elizabeth Croft, she pioneered systems to quantify and control safety during HRI based on both robot and human perception. Working with Professor Yoshihiko Nakamura at the University of Tokyo, she developed one of the first systems to implement continuous learning from demonstration. The system was a first step towards robots that can learn from non-experts, as it did not require the demonstrator to segment or scaffold their demonstration.

Her research in rehabilitation technology enables highly accurate, non-invasive, measurement of human movement, which can be deployed in industrial settings for accurate measurement of operator movement. She serves as the Global Innovation Research Visiting Professor at the Tokyo University of Agriculture and Technology, and the August-Wilhelm Scheer Visiting Professor at the Technical University of Munich. Before coming to Monash,

Professor. Kulić established the Adaptive Systems Lab at the University of Waterloo, and collaborated with colleagues to establish Waterloo as one of Canada’s leading research centres in robotics. She is a co-Investigator of the Waterloo Robohub, the largest robotics experimental facility in Canada, and a co-Principal Investigator of the Natural Sciences and Engineering Research Council (NSERC) Canadian Robotics Network, Canada’s only federally funded network in robotics. She has led a number of large research projects and collaborations with industry and user groups, including a strategic project grant in collaborative assembly and multiple grants developing automation for rehabilitation.