Meet our Board members 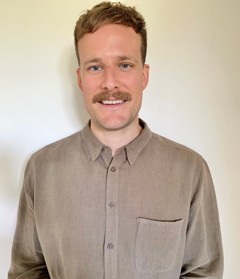 Jason is the FutureLab Manager with Woodside Energy, located at Monash University, supporting innovation and collaboration in material engineering, additive manufacturing, data science and IT. He has worked for Woodside Energy for 8 years in numerous roles, primarily Drilling and Completions Engineering. This has included projects in Australia, Asia, and West Africa, involving the design and construction of offshore oil and gas wells.

Jason is registered in Petroleum Engineering with Engineers Australia on the National Engineering Register. He is also involved in the Woodside-Monash Energy Partnership, working to develop new energy technologies and decarbonisation opportunities. Jason graduated from the Australian Maritime College with a Bachelor of Ocean Engineering and First Class Honours in 2012. 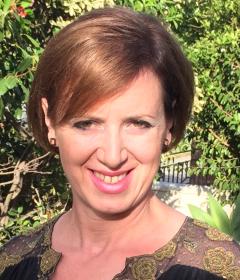 Vesna holds a Bachelor of Chemical Engineering / Bachelor of Arts from Monash University. She is currently Technical Product Development Manager at Visy Pulp and Paper, a privately-owned packaging and recycling company. Her work includes working within the business at national level on managing development of new products.

Prior to working in product development, Vesna spent 5 years working as National Technical Manager at Visy, being responsible for Technical processes, Product Quality and Process Improvements in Visy’s Paper Mills. Vesna also worked as a Product Specialist in Plasterboard Liner sales team and her main responsibilities were Customer technical support and product development of PBL. Prior to that Vesna worked as a mill chemist as part of the mill operation team.

Having worked in the industry for 20 years, Vesna has developed her passion for continuous improvement and effective cost reduction.

Vesna was a President of Appita (Australasian Pulp and Paper Technical association) from 2017-2018 and previous to that she was part of the executive committee of the same association. 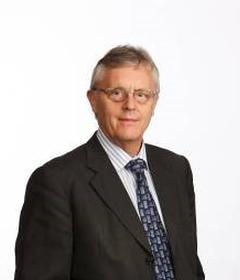 Russell has enjoyed a long and distinguished career in the engineering services and project development industry following a career start in the petrochemical industry. Russell was Chairman of ThyssenKrupp Industrial Solutions (Australia) Pty Ltd from October 2013 until October 2015 following several years as CEO of ThyssenKrupp Uhde’s global Oil & Gas Business Line. Prior to this appointment, Russell was Managing Director of Uhde Shedden Australia Pty Ltd, headquartered in Melbourne and Managing Director of Uhde Asia Pacific Pty Ltd, with responsibility for all the Uhde companies operating in the Asia Pacific region out of offices in Australia, Thailand, China and Mexico.

In 2012, Russell relocated to London to oversee the acquisition and then integration of a new upstream oil & gas company, ThyssenKrupp Industrial Solutions Oil & Gas Limited, into the ThyssenKrupp Group. Russell was Chairman of the company from acquisition until October 2015.

Russell holds a Bachelor of Engineering (Chemical) Degree from Monash University and is a Fellow EA, a Fellow of IChemE and a Fellow of RACI.

In 2013, Russell was voted the Alumni of the year by Monash University’s Engineering Faculty and in 2016 Russell was awarded the Chemeca Medal, the most prestigious award in the chemical engineering profession in Australia and New Zealand.

On Australia Day 2018, Russell was made a Member in the General Division of the Order of Australia for significant service to chemical engineering through leading roles in developing and improving professional education. 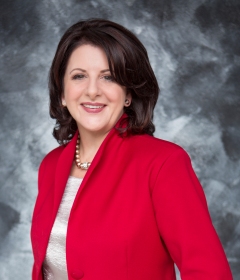 Samantha was appointed CEO in January 2014. Samantha’s career in manufacturing and industry spans more than 25 years. Prior to joining the Association, she was CEO at the Biofuels Association of Australia and she has previously held senior executive and Board roles in the Australian steel and automotive industries, including as an Executive Director of GM Holden and General Motors Australia. Samantha has been a Non-Executive Director of the Federal Chamber of Automotive Industries and Manufacturing Skills Australia.

Samantha’s career has been diverse with roles in corporate affairs, government relations, procurement and quality. She began in BHP’s Research and Steel Divisions, working in manufacturing, strategic technology planning and research, across a range of locations.

Samantha is a passionate advocate for Australian manufacturing, seeing it as vital to the long-term success of Australia’s economy and providing skilled jobs, driving investment and delivering innovation, new technology and research outcomes.

Samantha has contributed to numerous government and industry working groups, committees and Boards over the last 17 years, focused on policy and programs to drive industry growth, investment and the sustainability of Australian manufacturing. She is currently a member of the Federal Government’s International Trade Remedies Forum, CSIRO's Manufacturing Advisory Committee, the Monash Industry Council of Advisors and Worksafe Victoria’s OHS Advisory Committee. In her local community, Samantha is Deputy Chair of Cobaw Community Health and Chair of the AICD’s Bendigo Committee. 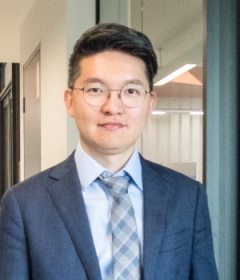 Nicholas is Chief Executive Officer and co-founder of 2D Water Pty Ltd in Melbourne, which aims to develop next generation desalination membrane. He holds a Ph.D. in Chemical Engineering from Monash University and completed his postdoctoral research in the Centre of Advanced Separations Engineering, University of Bath, UK in 2017. Specializing in advanced membrane manufacturing and membrane applications including reverse osmosis and nanofiltration, Nicholas has published over 50 articles in the field of membrane technology and material science. He is also an adjunct senior research fellow in the Department of Chemical Engineering, Monash University, industry advisory committee of ARC Research Hub for Energy Efficient Separation, and the 2018 Young Social Pioneer. 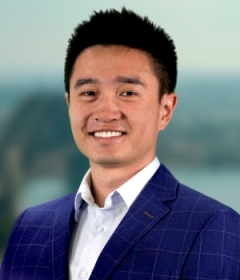 Jacky graduated with a Bachelor of Commerce and Engineering (Honours) from Monash University in 2017. He is currently a technical consultant at Qualtrics, and has worked across large IT implementation projects with the ability to conduct accurate needs analysis, problem resolution, capabilities assessment, and work within complex business environments. Prior to joining Qualtrics, Jacky worked as a technology consultant in the financial services industry across Australia and China. 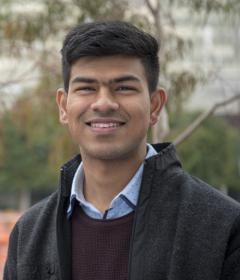 Graduating with a Chemical Engineering degree in 2019 from Monash, Fahad began his professional career in the engineering graduate program at Bega Cheese Ltd. He played an active role with SMUCE, Engineers Without Borders and as a volunteer for the department of chemical engineering and the university prior his graduation. He had the opportunity to work briefly in the Visy cogeneration facility as part of the integrated industry research project and contributed to metal optimisation, dust mapping and retrofitting projects.

Fahad learned about the FMCG industry through his internship and contract work at Bega Cheese Ltd. and delved further into it through his rotations in the product development and capital projects teams. He assisted as an industry advisor for the Final Year Design unit for the Monash chemical engineering department in 2020 from his dairy background and was offered a position in the board shortly after. Fahad regards his appointment to the Monash University Chemical Engineering Industry Advisory Board as an opportunity to offer fresh perspective on professional developments of students and enhance practical learning opportunities with industry collaborations. 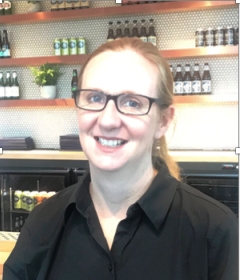 Sarah holds a Diploma of Brewing from the Institute of Brewing and Distilling, is a Chartered member of the Institution of Chemical Engineers and a Registered Professional Engineer Queensland. She holds a Bachelor of Chemical Engineering with First Class Honours from the University of New South Wales and a Graduate Diploma in Integrated Water Management from The University of Queensland. 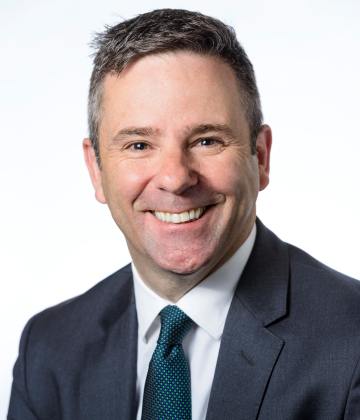 Mark Brownley is responsible for the design and delivery of capital upgrades and maintenance to the South Australian electricity distribution network as General Manager Field Services at SA Power Networks.

He is a Fellow Charted Professional Engineer with software systems experience in onshore and offshore oil and gas environments and has deep experience in infrastructure services and aviation. He was previously Group General Manager Technical Programs at Jetstar Airways including responsibility for the maintenance, repair and overhaul function.

Mark is a Fellow of Engineers Australia and an accredited Engineering Executive. He holds an undergraduate degree in Chemical Engineering and an MBA, both from Monash University. He is also a Graduate of the Australian Institute of Company Directors. 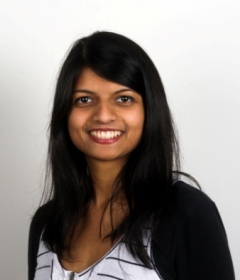 Sherilyn graduated from a Bachelor’s degree in Chemical Engineering and Biomedicine from Monash University in 2017. She commenced her career as a Process Engineer in the corrugated packaging industry at Opal Australia Ltd (formerly known as Orora) and worked on various continuous improvement and machine performance enhancement projects. This experience led her to her current role as Quality Coordinator where she is responsible for implementing quality control and assurance strategies on site. Her main objective is to resolve product quality issues using 6-sigma principles, ensure customer product satisfaction and manage compliance of the site with regulatory requirements.

In 2019, Sherilyn enrolled in the Masters of Bioproduct Manufacturing Engineering course at Monash University allowing her to explore future alternatives for the pulp and paper industry such as re-using waste materials as fuels in biorefineries. She proactively applies these learnings to current projects at her workplace.

Sherilyn is passionate about the future of manufacturing in Australia and with her valuable experience hopes to encourage new graduates to be part of the dynamic work environment. Her future career goals involve exploring other sectors of the manufacturing industry to continue to build a strong base in an operational environment. 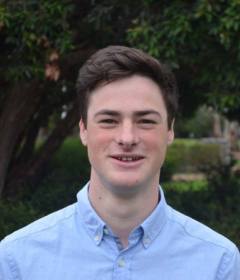 Hashini is currently in her final year, studying Chemical Engineering with a minor in Micro and Nano Technologies. She is the President of the Society of Monash University Chemical Engineers (SMUCE) and has been a committee member since 2020. Throughout her time at university,  she has been an active member of societies that promote both education and the welfare of students.