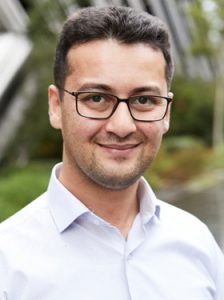 I received the B.Sc. and M.Sc. degrees in Electrical Engineering from the University of Tehran, Tehran Iran, in 2009 and 2011, respectively and the Ph.D. degree from the École Polytechnique Fédérale de Lausanne (EPFL), Lausanne, Switzerland, in 2016. From April 2016 to October 2017, I was a Postdoctoral Fellow at EPFL.

Multiple research projects are available. Motivated students are encouraged to contact me for further details.