From Silicon Valley to endless possibility 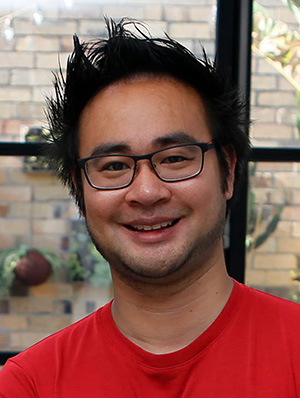 Jason divides his time between GoSave, a digital piggy bank company he founded, and where he now serves as Chief Technology Officer, and Moduware, a consumer gadget Internet of Things business, where he's Chief Executive Officer. GoSave has headquarters in the Greater Los Angeles Area while Moduware is based in Melbourne. He also serves on the board of ASX listed Artificial Intelligence company Sensen Networks.

"My technical grounding, interpersonal skills and curiosity about how products work, and the world in general, have led me down an entrepreneurial path," explains Jason. "I travel comfortably, meet people, create opportunities and experiment."

But there's a bit more to his success…

In his final year of uni, Jason made a smart move – he accepted a Silicon Valley internship in the San Francisco Bay Area. Thanks to a program facilitated by Monash, he spent a year as a programmer at Simulation Resources, a developer of computer tools and techniques for simulating and analysing complex systems.

"While there I enjoyed my independence as a 20-year-old in a foreign city, learning the ropes of work, interacting with strangers and living the lifestyle," Jason shares. "I also honed my technical skills and learned to solve problems on the fly – and upon my return to Australia, joined Speedshield Technologies which got me into firmware development, electronics, product creation and running R&D. And then business management."

His career now well underway, here's what Jason suggests to anyone starting out: "Think you see an opportunity? Just go for it. I can't count how many times really interesting things have happened when I didn't dilly-dally and simply applied for that job, wrote that email or made that phone call."