This website introduces the reader to the world of Yiddish Melbourne through documentation of the various activities, institutions and personalities that made and still make Melbourne’s Yiddish speaking community a world centre of Yiddish culture. 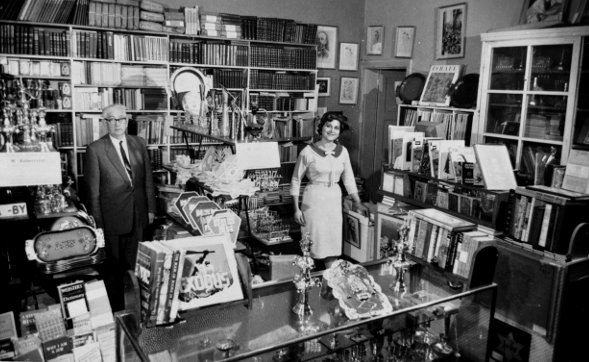 When some 2000 Yiddish speaking immigrants from Eastern Europe began arriving in Melbourne at the start of the twentieth century, they became the nucleus which drew the largest number of Yiddish speaking immigrants arriving in Australia. This peaked after World War Two and by the 1960s Melbourne had a Jewish population of more than 30,000. Of these, sixty per cent of adults spoke Yiddish, with twenty-seven per cent normally using Yiddish in the home.

Prior to the 1960s most immigrants settled in suburbs to the north of the city, primarily in Carlton and Brunswick and these areas became the centre of a rich and vibrant Yiddish life. This was manifest through institutions such as the Kadimah, established in 1911, where reading, theatre, political debate and education took place. 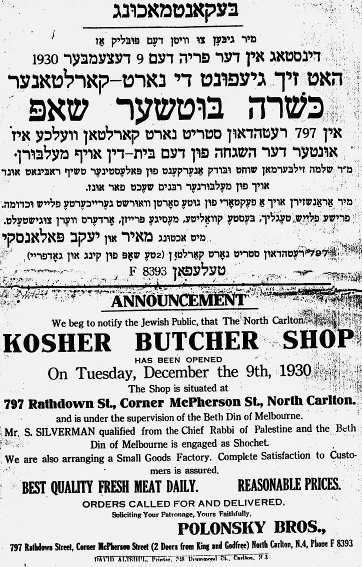 Apart from an integral role in the absorption and support of new migrants, the Bund organisation in Melbourne established its own youth movement, SKIF, as well as the I.L. Peretz School in 1935. Later, two weekly Yiddish newspapers were published, as well as Almanacs in 1937, 1942 and 1967. The Bund founded its own journal, Unzer Gedank, published regularly from 1947 to 1974, and then only occasionally. Meanwhile the Kadimah founded the Melbourne Chronicle in 1975. Yiddish writers, poets and thinkers published prolifically between 1934 and 1982.

As the community dispersed to the eastern and southern suburbs of the city, the Yiddish institutions were re-established in the St Kilda-Caulfield area which was the emerging centre for Jewish settlement. In 1952 land was purchased in Elsternwick and the Sholem Aleichem College day school still operates on that site today. The Kadimah, with all its associated activities, moved to Elsternwick in 1968 and the Bund has established Waks House in Caulfield.

In spite of the fall in total numbers of students studying Yiddish language and culture and the diminished number of people who speak Yiddish, Sholem Aleichem College and the Kadimah Centre and National Library continue to draw steady participation and interest in their activities while Monash University offers tertiary Yiddish. This website is part of a broader project to document and record the life and activity of Yiddish Melbourne as it was, as it is, and as it is being taken up by the diminished but enthusiastic, perhaps “post-vernacular”, third generation. 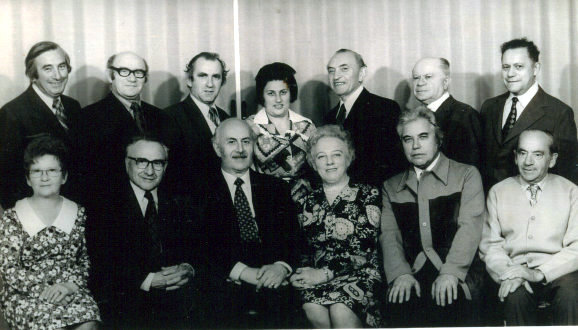 Council of Sholem Aleichem Kindergarten and Sunday School, circa 1956