Significant numbers of the Yiddish speaking community were active in, and supportive of, the Victorian Jewish Board of Deputies, the Australian Jewish Welfare and Relief Society, the Kadimah, the United Israel Appeal, the Jewish National Fund, Keren Mishpachot Hagiborim, and the Landsmanshaftn committees as well as in establishing both the Yiddish schools and the general community schools. 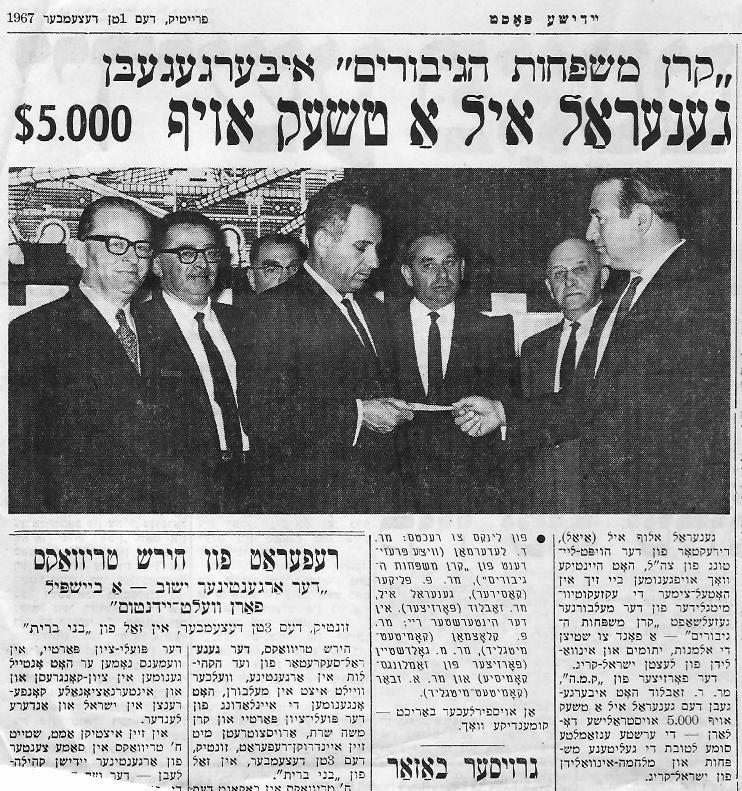