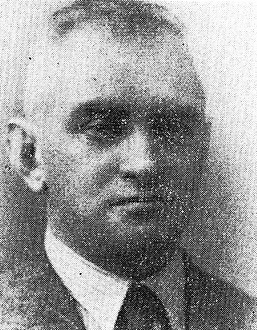 Leader of the Labour movement in Bialystok, political activist and leading identity of the Bund in Australia in the 1940s and early 1950s, Jacob Waks was born in Bialystok on 23 November 1891.  Although born into a wealthy Chasidic family, Jacob was soon drawn to the ideals of socialism and in particular those of the Bund.

In 1905 at the age of fourteen Jacob belonged to a student group of the Bund which took part in revolutionary activities.  He was arrested for the first time in 1907.  In 1912 he organised a school strike, protesting authority action taken against a teacher who was a known socialist.  He was refused his matriculation examinations as a result.  In 1913 he left for Prague to study at the university but returned to Bialystok in 1914 where again he was arrested for organising strike action for textile workers.

In 1915 Bialystok was occupied by the Germans and he became active in the underground Bund, organising welfare and cultural activities.  Throughout 1921-1922 he lived in Warsaw but later returned to live in Bialystok, where he became the President of the Socialist Faction in the Bialystok City Council, which included Bundists, Communists, and members of the Polish Socialist Party.  He lived there until the outbreak of war.

Together with thousands of other refugees, Jacob Waks made his way to Vilna and then Kovna. With the assistance of his niece, Mina Fink (nee Waks) in Melbourne, Jacob and his wife obtained visas to come to Australia.  They arrived in Melbourne in the beginning of 1940.  Jacob lost no time in becoming a leading figure of the Bund helping to develop its role and its outreach and being one of the founders of its journal Unzer Gedank.

Jacob actively sought visas for those stranded in Japan and China taking a leading role in negotiations with Australian authorities.  At war’s end he developed a close relationship with Arthur Calwell, Minister for Immigration in the Chifley Government. He helped resettle new immigrants and became one of their passionate advocates.  He took a leading role in Jewish Welfare.  In 1948 he was a delegate to the Second World Conference of the Bund in New York and at the First World Conference of Yiddish Culture, also in New York in the same year. In 1955 he was a delegate to the Third World Conference of the Bund in Montreal.

Jacob Waks died in Melbourne on 25 February 1956.  Arthur Calwell gave the eulogy at his funeral, describing Jacob as a “dynamic personality with the ability to move people”.