A world away from my intense Yiddish home environment

Although the main focus of Yiddish cultural activity was Carlton and later more specifically North Carlton, this is not to imply that Jewish life in Carlton revolved around Yiddish.  Yiddish was probably spoken in many homes by parents to whom it was just a medium of communication, and if their children did not speak it – then so be it – it was not that important.  I went to Princes Hill State and Central Schools up to year 8.  Every class that I was in had about 50 per cent Jewish children.  None of the other Jewish boys attended the Yiddish school although quite a few Jewish girls did.  The boys attended Talmud Torah in Rathdowne Street, learning Hebrew and religious studies.  To the non-Jews at school I was obviously a Jew, but to the other Jewish boys I sometimes seemed an outsider.  One of them once called me a “Yok”.  It hurt. 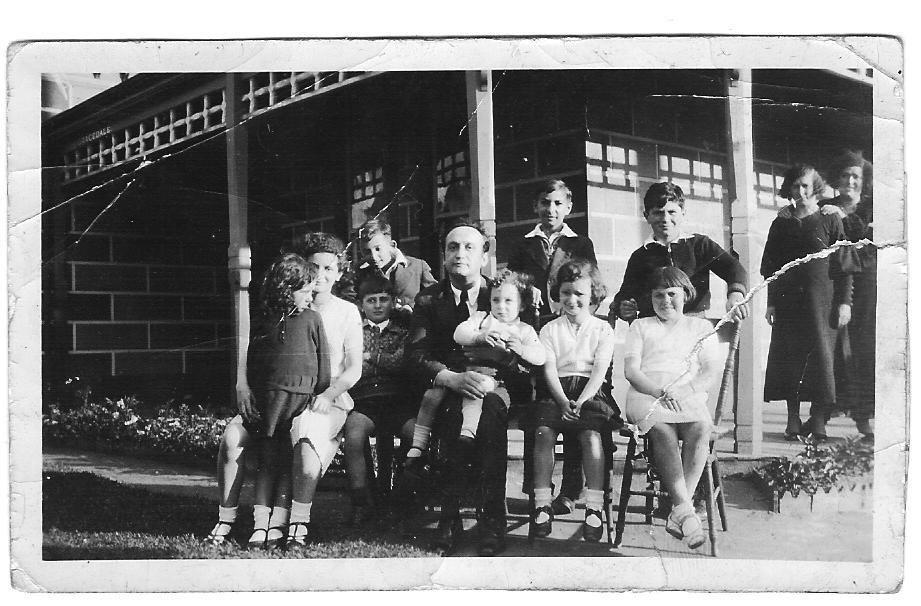 The other main centre of Jewish activity in Carlton was Monash House in Kay Street, under the auspices of the Judean League.  The League sponsored the Jewish competitions in elocution, debating and music.  They also sponsored AJAX (Associated Judean Athletic Clubs) which promoted Jewish teams in various sports and organised teams to compete in interstate Jewish sports carnivals.  This was a world away from my intense Yiddish home environment.  When I was about 15 I went to boxing classes at Monash House.  I was always involved in athletics at school, and after leaving school, it became my main sporting activity.  I was chosen to represent AJAX at the interstate carnivals.  Before each carnival there would be a meeting of the full team from all the various sports at an official function at Monash House.  Later, over many years I became involved in the administration of AJAX (now known as Victoria Maccabi).

As a child, and to a lesser extent as an adult, I stammered.  In English, it was bad enough; in Yiddish it was terrifying.  My brother Maurice was in the same boat.  Although my parents spoke Yiddish to us at home, they did not push us to do so.  I had an excellent understanding of Yiddish grammar and language in general; but my fluency in speaking was not as good.  When I was in the company of many “Yiddishists” I was sometimes embarrassed when I spoke to them in English, after they had already spoken to me in Yiddish.

The Yiddishists were not only the Bundists.  They included a lot of Volksmenshen.  Their attitude to Yiddish was not just a sentimental attachment to mama-loshen.  It was more.  It was identity and ideology.  Yiddish language was the soul of the Yiddishe Volk.  The word had a double meaning – and it referred both to the language and the Jewish people.   How could one see things otherwise?

I sometimes suspected a disdain for other sections of the Jewish community – the Anglos of St Kilda Synagogue, the Yekkes of the Temple and the Frumes who learnt to pray in Hebrew but could not understand it. No doubt the disdain was reciprocated.  These prejudices abated as the composition of the community changed.  There are probably new prejudices these days towards newer arrivals – Israelis, South Africans and Russians.  In time this also will change.