Interviewed for the Jewish Museum of Australia on 10 August 1992 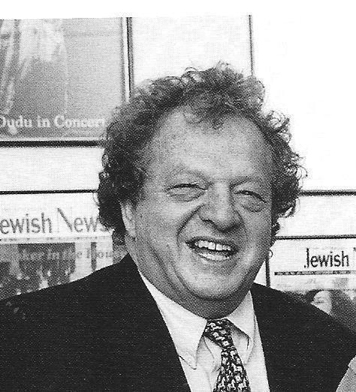 Everywhere in the community there were single men, lodgers, bachelors.  They were invited home for festival dinners.

There was sadness.  People did not know of the fate of their families.  Later there were miraculous rescues, recoveries, but during war the news was not specific.  The community was overwhelmingly Polish Jews and it was clear what was happening in Poland.  Everyone knew something terrible had happened.  It was made worse by the sheer length of the war.  This changed as people realised Germany would be defeated.  Between Mincha and Maariv people talk and the talk was all about the family, the parents, the brother, the sister.

My first sense of sound was of a lot of women crying.  You’d hear this communal weeping.  My father told me that’s what it was all about – they were mourning.  It was non-specific.  Who knew?

But my childhood was, on the whole, happy.  The families were full of life, determined their children should have it better than them.  They knew how to enjoy themselves at a barmitzvah, a wedding.