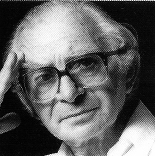 Pinye Ringelblum, the son of a shopkeeper, was born into a lower middle class family in Warsaw in 1922.  He was educated in Yiddish secular schools and prior to the outbreak of war was active in two of the Bund’s youth organisations, SKIF Tsukunft and Morgenshtern, a sports club founded in 1926 for Jewish workers and their children.

When the German army invaded Poland, Pinye made his escape to Russia where he remained for the duration of the war.  He returned to Poland in 1945 to find that his entire family had perished.  Realising that there was no future for him there, in 1947 he made his way to France and from there to Australia.  Upon arrival in Melbourne he immediately secured employment in the clothing industry and later became self-employed.

But Pinye’s commitment to Yiddish life never left him and he immediately immersed himself in Yiddish education, firstly as a teacher and later becoming one of its greatest advocates.  Pinye was Principal of the I.L. Peretz School from 1971-1978 and later became President of the Sholem Aleichem College from 1985-1989.   However his staunch belief in Yiddish education also saw him establish SKIF in Australia in 1950.  The youth organisation was imbued with the ideals of the Bund and its love of Yiddish language and culture.  Under his leadership SKIF grew into a large, vibrant and enduring movement with weekly activities, annual summer camps and memorable children’s performances.

Pinye also played a pivotal role in establishing the Yiddish radio at 3ZZZ and 3EA and was for many years Head of the Yiddish Language Program at Radio SBS.  He played an important role in the Kadimah, serving as its honorary secretary from 1974-1978 and as chairman of its Cultural Committee in 1980.  He founded the Yiddish Circle at B’nai B’rith and was active in the Yiddish discussion group at Montefiore.  In addition he was always ready to assist in obtaining immigration visas for Holocaust survivors and helped them in their resettlement.

Pinye Ringelblum taught, guided and mentored an entire generation of Yiddish students and teachers, leaving an important legacy behind him.  He is survived by his second wife Erica and his only son Doodie who continues his father’s commitment to Yiddishkeit and Yiddish life in Melbourne.