To smell something you are used to from a previous life…

Interviewed by Miriam Munz on 16 October 2008; additional material from interview conducted at the Jewish Museum of Australia, 4 August 1992 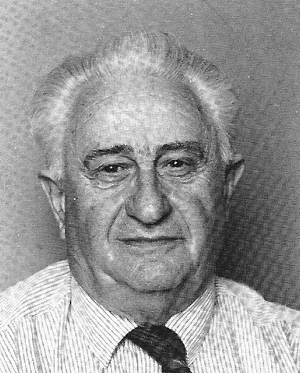 We arrived in Melbourne in March 1939.  My mother’s cousin collected father and me from the boat to look for a house.  We were very traditional and observant Jews and we wanted to be close to Jewish life.  There were two suburbs – Carlton and St Kilda.  In St Kilda there were mostly German or German background Jews and in Carlton there were mostly eastern European Jews who were a little warmer.

We were in culture shock when we saw the little single fronted cottages.  Father asked “People live here?” “Where else should people live?”  In Rathdowne Street we saw a butcher shop with Hebrew writing.  He showed us the synagogues and the Chevra Kadisha and drove up Lygon Street and there was that beautiful building with Kadimah written on it.  And somehow we felt this is where we want to live.

We couldn’t find a house to rent, but we found a room and a balcony and a kitchenette on Royal Parade, opposite the Carlton Football Ground.  We arrived on the eve of Pesach – a special family time.  We asked our cousin where there was a synagogue and he pointed us in the direction.  We walked across Princess Park and down Pigdon Street and as we walked we noticed the candles lit, smelt the Pesach cooking, the fish and the soup.  To smell something you are used to from a previous life, to see the familiar candles, lifted our morale and encouraged us to think that this is the area in which Jewish life is pulsating.

There was a group of young men my age which included Yosl Bergner, Yosl Birstein and Yosl Freedman.  Through these boys I picked up Yiddish – they spoke Yiddish and English.

I decided I wanted to read and know Yiddish so I took lessons from Yosef Giligich.  He was anti-Zionist, a hard task master and a very efficient and outstanding teacher.  That was where I learnt my Yiddish.  He roneoed off material that was still from Lithuania.  It was six or eight pages of phrases.  The fact that I knew the Hebrew alphabet, that I could read Hebrew, made it easier and Yiddish came quickly.

I gravitated to the Kadimah, virtually from the first day that we arrived.  The attraction was a German-Jewish newspaper Oifboy and the library and then I saw a Yiddish play.  There I first heard Shakespeare in Yiddish.  It was in the Kadimah Library every Sunday morning, Chaim Gurt was the lecturer on that subject.  At the Kadimah there were young men and women who were the second generation of immigrants, who had already lost a lot of Yiddish.  They spoke English and were very left politically.

In the Kadimah on an ordinary week night, in the library for newspapers, you found singles.  Mr Horovitz and Mr Weinstein supplied the tea and biscuits.  It was a kind of meeting place for single people, for new immigrants, who lived as boarders, and Yiddish was the lingua franca. There was a big ordinary wooden, primitive table, but what mattered was not the beauty, but the ambience that came from the books.