Chaskel’s parents, Abraham and Tauba, together with their children (in order of age) Evgeniya, Chaskel, Mendel, Lazar and Molt arrived in Melbourne in 1924.  They were sponsored by Tauba’s half-sister who, together with her family, had been living in Melbourne for nearly thirty years.  They travelled from Kiev, via England, and arrived in Port Melbourne on the Morton Bay.  Two representatives of the Jewish community welcomed them at the Wharf, and immediately advised them NOT to speak Yiddish or Russian and to keep their voices low.

Jewish Carlton was a tight-knit community of Yiddish-speaking immigrants.  Everybody spoke Yiddish at home, and had immigrant manners to boot!  The established English-speaking community used to hold workshops in good manners for the uncouth Polish migrants.  Leon remembers an incident where one of the immigrants, Menachem Mendel Goldberg, was accosted by one of the English-speaking Jews and upbraided for speaking with his hands.  “Why do you use your hands when God gave you a mouth to speak with?”  Mendel replied that the difference between them was that he had paid for his passage, whereas the English speakers had come to Australia in manacles! 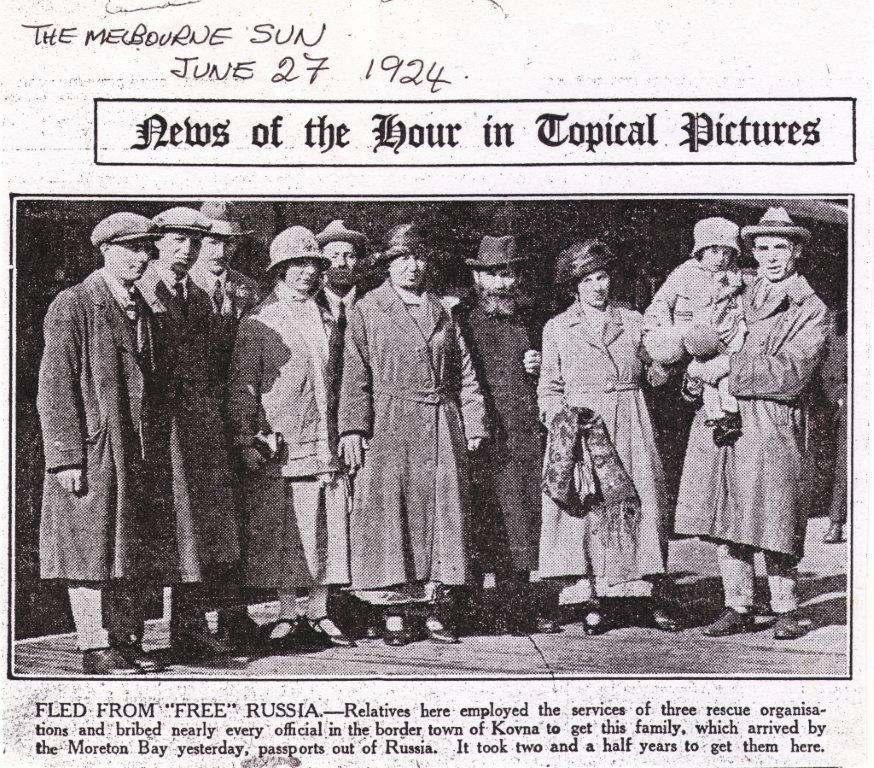