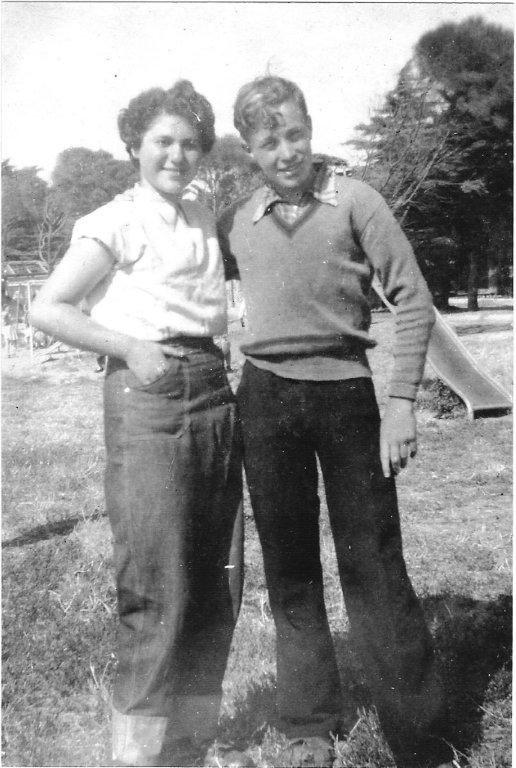 SKIF was established in 1950 by Tsukunft, the youth organisation of the Bund.  Leading figures, Symcha Burstin and Pinye Ringelblum were the first helfer (leaders).  They modeled Melbourne’s SKIF on the organisation they had known in pre-war Poland and post-war France – and according to Bund ideals of socialist development and knowledge.  The key to their success was close and personal contact with every member of the movement.  Five young pioneers began meeting every Sunday and by the time the first SKIF camp took place in December 1950, there were seventeen children who attended for over two weeks in tents at Anglesea.

From 1953 there were sufficient members for kraizn (discussion groups) to meet in Carlton at Kadimah and in St Kilda at Jewish Welfare House in Herbert Street.  The rapid growth in membership drove the establishment of a two year, eighty hour course for helfer.  This model of training still exists in 2010.

In 1954 SKIF gave its first major concert in Melbourne.  Held in the Kadimah hall, this included songs, choral recitals, gymnastic displays and a variety of presentations.  In 1956, to mark the 30th anniversary of the establishment of SKIF in Poland, a huge concert was held.  Presentations at these concerts included:  Bontshe Shvaig / Bontshe the Silent One, Der Shpakchler / The Granary, and Mister Tvister. SKIF is still actively involved in many communal functions and especially in Yiddish theatre and musical productions, Holocaust commemorations and the ‘In One Voice’ outdoor concerts.

Summer and winter camps continue to attract between sixty and ninety participants, although weekly attendance at kraizn in Waks House, Hawthorn Road, Caulfield, has diminished to fifteen or twenty young people, with the declining number of Yiddish speakers in Melbourne.

The social ties, the warm relationships, the chavershaft (camaraderie) developed, remains with former SKIFISTN throughout their lives.