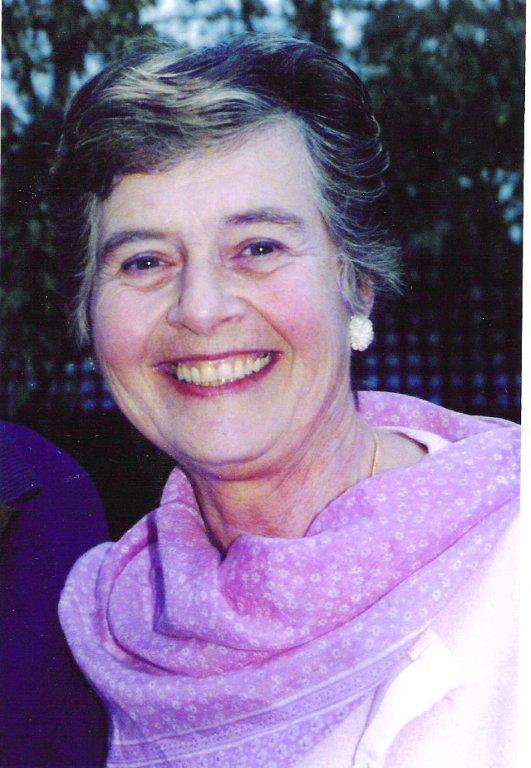 Talented and dedicated Yiddish teacher, Doris Burstin (nee Nusbaum) was born in Shanghai on the 26 June 1939, the daughter of Mirla and Elias Kasswan. After her parents’ divorce in 1941, Doris’ mother Mirla met her lifelong partner Motl Nusbaum, a fellow refugee in Shanghai in 1943. They were to remain together for the rest of their lives, with Motl raising Doris as his own. She in turn took the name Nusbaum as her own. Motl Nusbaum was to have an enduring influence on Doris’ life, her sense of Jewish identity and her love of Yiddishkeit.

Sponsored by Jewish Welfare, the Nusbaum family were able to secure passage to Australia and arrived in Melbourne in early January 1947. Like so many post-war Jewish refugees the Nusbaums were initially housed in a private home, in this case that of Lodzer Bundist Chaim Dovid Ginter. Within a few weeks, they had shifted to the Leo Fink units on Beaconsfield Parade in St Kilda.

Doris quickly adapted to her new environment. At the start of the school year in 1947, Doris was enrolled at both the newly established Sholem Aleichem Yiddish Sunday School and the local primary school, St Kilda Park. From there she went on to Elwood Central and completed her matriculation at MacRoberston Girls’ High School in 1957. She completed her Primary Teaching Certificate at Toorak Teachers College in 1959. Twenty-three years later, she completed a Bachelor of Education at the State College of Victoria and in 1994 obtained a postgraduate teaching degree in English as a Second Language at Deakin University.

Throughout this period. Doris maintained a commitment to and involvement in Yiddish life. She began teaching Yiddish as soon as she graduated from the Sholem Aleichem Sunday school in 1955. She became a teacher at the Sunday school while at the same time completing the two-year Yiddish Teacher Training Course conducted by Joseph Giligich.

While a student at Sholem Aleichem, she became one of the first members of the newly formed SKIF youth group. The SKIF movement became Doris’ core social network and, in turn, she became one of its leaders. While teaching every Sunday at the Sholem Aleichem Sunday school, Doris was also taking SKIF groups for their regular meetings. She also successfully managed a number of SKIF camps at the Dromana campsite.

Doris continued to teach Yiddish after her marriage to David Burstin in 1962.  However, she now taught at the I.L. Peretz School which had relocated to Balwyn. She taught there for six years.  In November 1974, Doris was approached by Mr Nachman Gryfenberg, President of the Sholem Aleichem Sunday School Council, and longtime friend Mr Bono Wiener to accept the position of Foundation Principal of the soon-to-be-established Sholem Aleichem College, the first Yiddish day school in Australia. Doris accepted the offer and set about finding enough interested parents willing to send their children to a Yiddish day school, securing enough students, and in turn employing a suitable prep teacher. She accomplished these tasks with distinction. However, leadership positions are often caught up in the politics of governance and, after one year as Principal, she changed her role at the College to Director of Yiddish Studies.

In 1978 Doris decided to leave Sholem Aleichem College and was appointed to Mount Scopus College in 1979. She held this position for 16 years. Doris not only taught Yiddish there, but was crucial to the integration of newly arrived Russian immigrants into the Jewish community.  During these years, she was also involved in organising the Warsaw Ghetto commemoration programs both at the college and communal levels.

In 1983 both Doris and her husband David returned to Sholem Aleichem College as Directors of the School Council. This was the beginning of a 20-year continuous involvement for Doris as a College Director. In 2006 the Governor of Victoria, Professor David de Kretser, presented Doris with a Jewish Community Recognition Award for her dedication and commitment to the Jewish community of Victoria.

Doris and David Burstin have two children, Michael and Naomi, and four grandchildren, all of whom attend Sholem Aleichem College.