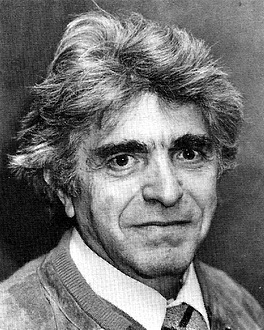 After the War I was in France and twice weekly I had to report to the police and show my identity card.  Naturally in Poland and Russia I also had an identity card.  The first time I was asked for an identity card after arriving in Australia in 1951 was in 1959, when I went to a library in Swanston Street to borrow some books.

We came to Melbourne because we knew Waks and Giligich through the Bund organisation.  The Hilfsfund met us and took us to Camberwell where there was a house for immigrants.  We had no language, no profession. We were university students.  We asked Waks, “Can we study?”  He answered “Here you don’t need to study.  Go and work.  It’ll be best.  At the beginning of the 50s there was great prosperity in Australia, no unemployment and plenty of work.  I began to make shirts, but I have two left hands and I just couldn’t.  We moved to a room in Thornbury and then borrowed money from Jewish Welfare and rented a little flat in Brunswick with key money.  I worked for Smorgons in the meat works for a while and then in Finks factory.  I did whatever I could.  Friends tried to teach me knitting, but it was the same story.

We looked for a business and settled on a chocolate factory in Acland Street St Kilda.  At that time you needed a licence to sell chocolate and they had one.  We borrowed the money and made it into a milk bar.  Masha started cooking meals and between 30 and 40 single men, Holocaust survivors would come.  They liked Masha’s cooking and it became their home.  They talked about the past and things that were happening.  The main topic was what was happening in Israel, in the Jewish world.  They called it “the Parliament'” and after a while it became a place for couples as well.  Conversations were mostly in Yiddish.  It was a home for them.  It wasn’t just a restaurant.  There was a shoemaker who arrived in the 30s and saved money to bring his wife and children.  He had a permit for them and the money for tickets in 1939.  But it was too late.  He came every Saturday at 9am and sat until midnight.  It was too early and too painful to speak about their lives.  But they knew they could come with any request or any problem.

In 1951 I became a member of the Kadimah committee.  At that time Yehuda Honig was the chair.  So we had a committee of mostly Bundists with a Revisionist as head and we worked well together.  It was very important work.  Just about every Sunday there were lectures and all kinds of events. In 1953 I became a teacher at Sholem Aleichem Sunday School.  I also did some private lessons.  I was Andrew Firestone’s teacher, but he knew as much as me! I began in the first class in Sholem Aleichem and moved up with them to the last class.