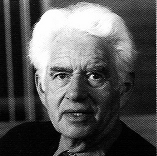 The son of a tailor, leading Yiddish actor and community personality Yasha Sher was born in Riga in 1914.  His education began in a Cheder but by the age of thirteen he had entered a Yiddish day school.  From an early age Yasha showed a keen interest in and talent for Yiddish theatre making his mark in a school production of Levik’s play, The Goylim.  By the time he was an adult Yasha was an actor in the Riga Workers’ Yiddish Theatre sponsored by the Bund but in 1934 the Yiddish theatre was closed following the fascist revolution led by Karlis Ulmanis.

Yasha married Shulamis Giligich, the daughter of Joseph Giligich, in Riga in 1935.  Giligich was sent to Australia in 1938 to raise money for Yiddish schools in Poland.  Once Giligich decided to stay in Australia, he organised for the entire family to join him and they arrived in Melbourne in July 1939.

While Yasha began his working life in Melbourne in a weaving factory – he was a loom tuner by trade – and later  a manager of a hosiery factory, his first love remained Yiddish theatre.  Within a week of his arrival in Australia he was attending rehearsals with the renowned Yiddish actress and director Rachel Holzer and appeared in her production of Froy Advocate (Woman Lawyer).  From then on the theatre became his second home.  He remained a leading actor and theatre luminary for fifty-three years and appeared in the David Herman Theatre’s final production in 1992 In Hartz fun Tel Aviv (In the Heart of Tel Aviv).

Besides being a leading actor in the Yiddish theatre in Melbourne, Yasha also devoted himself to the Jewish community and the advancement of Yiddish culture.  He was the inaugural headmaster of the Sholem Aleichem Sunday School when it opened in 1946.  He was President of the Kadimah for a number of years in the period between 1979 and 1994 and President of the David Herman Theatre.

Yasha also supported the establishment of a Holocaust Museum, serving as its vice president. In the late 1970s he became the editor of the Yiddish supplement of the Jewish News.  He also served as a committee member on the Board of Deputies.  His careful, clear Yiddish diction made him a popular broadcaster on Yiddish radio and he was an announcer on Ethnic radio for ten years.

Yasha Sher passed away on 17 April 1995, leaving behind his wife Shulamis, two daughters, five grandchildren and, at the time, two great grandchildren.