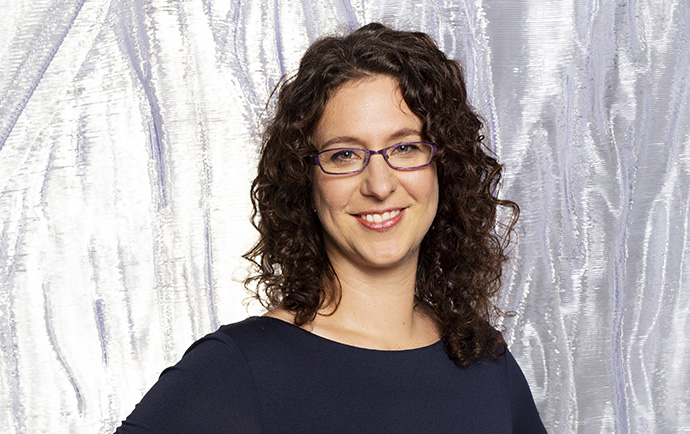 Yolande Strengers, Associate Professor of Digital Technology and Society at Monash University’s Faculty of IT, was awarded for her leadership in education and research, including her role as Associate Dean of Equity, Diversity and Inclusion.

The award night, held in Sydney and attended by 500 people, was organised to celebrate, honour and reward the diverse and amazing group of women leading and pioneering the tech space in Australia.

The judges of the award spoke about Yolande’s contribution to education and research:

“Her work, which has received thousands of citations, focuses on the intersection between the sociology of science and technology, human-computer interaction design, and artificial intelligence. But specifically, Strengers investigates the sustainability and gender effects of digital, emerging and smart technologies.

Her latest book, The Smart Wife [co-authored with Jenny Kennedy], was published in 2020 and examines the emergence of digital devices that carry out "wife work" - responsibilities that have traditionally fallen to wives.

The book shows the principal prototype for these virtual helpers, designed in male-dominated industries, is the 1950s housewife: white, middle class, heteronormative, and nurturing, with a spick-and-span home.

Since its launch, the book has received extensive media attention and has played a critical role in disrupting thinking regarding the design of humanised technology including conversational agents, digital voice assistants, smart home devices, sex robots and social robots.”

Associate Professor Strengers leads the energy futures program in the Emerging Technologies Research Lab, is the associate director of the Monash Energy Institute, and chairs the Faculty of Information Technology’s Equity Diversity And Inclusion Committee.