Report: experiences and perspectives of urban sensing in melbourne

Following a six month project with the City of Melbourne in 2020, the ETLab has released its findings in a report that outlines how the City can best communicate to its community about the use of smart technology, including CCTV, sensors and the data that results from emerging technologies. The Too Perfect City, comic strip made using storyboardthat.com

The report includes comparisons of how other cities are using smart technologies in their communities and the communication approaches they have taken. The team have used ethnographic findings and discussions with the City of Melbourne to feed into a series of recommendations. 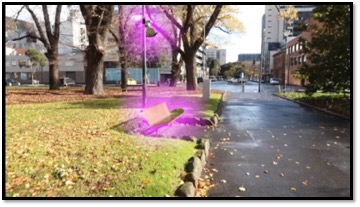 The City of Melbourne plans to action these recommendations through further activities with the community. The City has re-engaged the ETLab to conduct another research project prototyping how users of the technology testbed, Argyle Square, can become more engaged with how data is captured. These activities will run during Melbourne Knowledge Week (26 April - 2 May) ,if you'd like to be involved pop down to the park between 10am-12pm on Thursday 29 and Friday 30 this week.