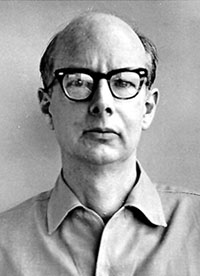 The Monash University community has been saddened to learn of the recent passing of Emeritus Professor Alan Shaw.

In 1964, he was appointed Chair of Modern History at Monash University and held this post until his retirement in 1981, at which time he was granted the status of Emeritus Professor.

He was editor for several prestigious publications, including section editor for the Australian Dictionary of National Biography and general editor of the three-volume official history of Victoria published for the state’s 150th anniversary in 1984.

In the 1982 Queen’s Birthday Honours, Professor Shaw was made an Officer of the Order of Australia (AO) for services to education. In 1984, he was bestowed an Honorary Doctor of Letters (HonLittD) from the University of Newcastle.

The University community extends sincere condolences to Professor Shaw’s family and loved ones.