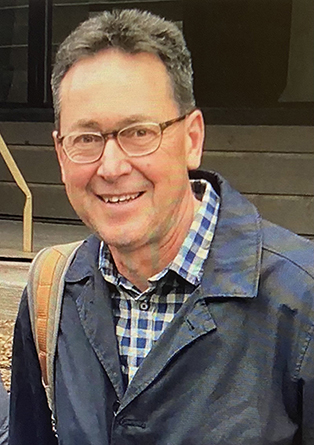 Craig joined Monash in 1993 as Head of the Health Service at Clayton.

With a background as a partner GP in a busy suburban practice, and in high level medical administration, Craig recognised the need for Monash campus communities to broaden the range of services and care offered to students and staff, and include not only GPs, but also dentistry, pathology, ancillary health, nursing and psychology.

Under his energetic leadership the University Health Service (UHS) expanded its range of operations and extended them to other campuses.

As Director of UHS Craig gave exceptional personal service on the day of the Monash campus shootings in October 2002, providing and overseeing the initial triage of injured staff and students who sought help from the Service.

In 2010 the Vice-Chancellor appointed Craig to be the University’s first Chief Medical Officer (CMO). He was responsible for advising senior leaders on the Monash response to major national and international health-related incidents and challenges, including avian and swine flu, and the threat of Ebola virus.

Craig was a busy ‘doctor-manager’ within UHS, whose own practice included general and international travel medicine for arriving and departing Monash students and staff.

This covered vaccination services, and prescribing a well-planned medical travel kit for colleagues going abroad on university business. Many had cause to bless the value and effectiveness of his prescriptions, when stricken with sudden severe illness far from home.

Sports medicine was also a key area of his practice at the University.

Craig made a special study of skin lesions, and as a skilled skin cancer physician their monitoring and treatment and management was a constant part of his years in practice at Monash.

Craig retired as CMO and Director of UHS in early 2015. Over more than 21 years at Monash the value of his dedicated contribution to the health and welfare of students and staff was immeasurable.

Craig Leonard Blandy was born in Melbourne in January 1955, the elder child of Denis and Valma Blandy, and grew up in the south-eastern suburbs of Moorabbin and Bentleigh.

After completing his higher school certificate at Haileybury College, Keysborough in 1972, Craig enrolled at Monash University, where he graduated B.Sc. (Hons) in 1977, with a first in biochemistry.  That same year Craig entered the Faculty of Medicine at Melbourne University, graduating MB, BS, in 1982.  In 1983-85 he completed his internship and junior and senior medical residencies at Austin Hospital, Heidelberg, and gained his diploma in obstetrics and gynaecology.

Craig and his first wife Helen Vaux, a teacher, married in 1978, when both were in their early twenties. Their eldest daughter, Jane, the first of their four children, was born while Craig was a medical undergraduate.

Craig was a partner from 1986-90 in a group general medical practice in Brighton.

During 1991-93, while completing external studies for a Master of Health Administration (MHA) degree at the University of New South Wales, Craig worked as a fellow in medical administration at the Royal Melbourne Hospital, and was contracted to establish two new private medical practices, and help set up their administrative systems.

From his earliest years Craig was enthusiastic about outdoor activities, swimming and bodysurfing, bike riding, bushwalking and camping. During school holidays he enjoyed staying with relatives on their working farms in rural New South Wales, and from that he developed a deep love of the land and hands-on farming.

A few years after he joined Monash, Craig bought a small farm at Moorooduc on the Mornington Peninsula, and committed himself to follow his childhood passion, embrace at least part-time the life of a farmer, and run his cows in the paddock himself. Rather grandly named “Blandy Park”, Craig subsequently enlarged his farm by buying up nearby properties.

In late 1999, aged 44, Craig was diagnosed with a rare liver cancer, and initially given only a short time to live. Subsequent specialist review concluded that while his liver cancer was incurable, it could be managed effectively, and lived with for an indeterminate time.

Once he came to terms with this clinical finding, Craig resumed his normal range of activities at the UHS, and on his farm and beyond.

His first marriage having ended, as Craig entered the last decade of his life he met Beverley Vollenhoven, a reproductive endocrinologist and infertility specialist, and they formed a joyful partnership, marrying in 2014.

By her own account Beverley and Craig lived life to the fullest. While meeting the ongoing demands of her busy clinical practice, and eventually leading the Monash University Department of Obstetrics and Gynaecology, Beverley surprised herself by also embracing the role of a farmer’s wife. She and Craig bought stylish matching gumboots in Ireland, and spent time working on their farms at Moorooduc, and at Mt Battery, near Mansfield, which Beverley said was Craig’s “happy place”. He was at his happiest on the farm, on his tractor, listening to his audio books.

Craig’s children credited Beverley, with her daughter Katherine, and her strong sense of the importance of family, for ensuring that during his last ten years Craig was consistently very present for all his children, in a way he hadn’t always been in prior years.

Beverley and Craig enjoyed beach summers and weekends at Rye with family, and very many amazing holidays overseas. Their city home was in Hawthorn, where Craig was always acutely aware of how the weather conditions on any day would affect the stock or the workings or the drainage out on the farm. A fine, still day was welcomed by him as being perfect for spraying weeds!

More than two decades after his initial cancer diagnosis, and having recovered from many episodes of related illness over the years, in recent months it became clear to Craig and Beverley that the end was approaching.

Beverley told her listeners at Craig’s funeral service that he passed away peacefully on 3 October 2021, surrounded by Beverley and Katherine, and his daughters Jane and Fiona.

“We were telling stories, laughing at his exploits, while he quietly slipped away, with, I hope, our laughter ringing in his ears.”

Dr Craig Blandy is survived by his wife, Professor Beverley Vollenhoven AM, her daughter Katherine, and three of the four children of his first marriage - Jane, Mark and Fiona. Craig’s youngest child, Emma, died in 2012.

Edited version of article published October 22 2021 and in The Insider edition, 29 October 2021.
Image courtesy of Professor Beverley Vollenhoven AM.