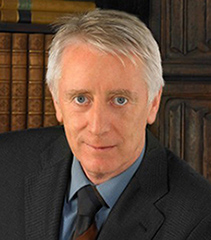 Professor Colm Kearney, who died on March 28 2018, aged 63, was a man who made a huge impact in his comparatively short time at Monash.

Colm was Dean of the Faculty of Business and Economics 2012-2017. He was the indefatigable force behind the Monash Business School and its global success is his enduring legacy. He also guided the faculty through a remarkable period of renewal and was responsible for a diverse array of initiatives which transformed research and education standards.

In the early nineties, Colm served as a senior economic consultant to the federal treasurer and federal finance ministers during the Hawke-Keating Labor government, advising cabinet ministers on all aspects of macroeconomic and financial policy. He also acted as financial consultant to many corporations such as the Federal Airports Corporation, Pacific Power and Telstra.

In 1999, Colm returned to Ireland where he worked for the Economic and Social Research Institute before moving to Trinity College, Dublin in 2001. During his time there, he held a number of prestigious academic positions, including Chief Academic Officer, and was widely regarded by his colleagues as “a very modern, unpretentious academic.”

Back in Australia, his energy and drive as Dean tempered by a warmth and charm earned him considerable respect. He was also regarded as an outstanding scholar. Over the course of his career, he studied and worked in ten universities, and was widely published in the fields of international finance and emerging markets, his areas of expertise. He also won major competitive research awards in both Australia and Ireland and was very successful in attracting significant philanthropic funds.

Despite his considerable work output, he still found time to play tennis, enjoy music and run marathons. One of his favourite books was Talk of the Town, by Irish comedian Ardal O’ Hanlon, a dark tale about a boy from a small Irish town whose life descends into meaningless despair. Colm’s life couldn’t have been more different.