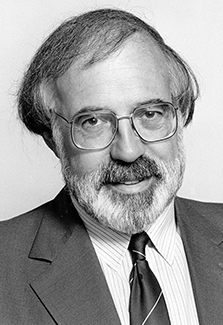 Retired Monash Professor and Dean, Richard John Snedden, who has died aged 86 years, was one of the pioneers responsible for steering the Chisholm Institute of Technology, where he was a former dean, through the choppy waters of its merger with Monash in 1990.

As a result, Richard, who had a long history with Chisholm, became the founding Dean of Professional Studies, a new faculty based at Clayton representing a miscellany of disciplines united by their vocational orientation. He was tasked with the considerable job of aligning the paraprofessional courses traditionally undertaken at Chisholm with their more academic University counterparts. He often found himself in the role of peacemaker between divergent groups.

Richard John Snedden was born in the spring of 1934 and educated at Melbourne High School. He graduated from the University of Melbourne with an LLB in 1964 and a BA the following year.  A DipEd from Monash followed in 1966, and a Bachelor of Education three years later. Prior to his studies, Richard worked as a law clerk at the Commonwealth Crown Solicitor’s Office (1954-55) and the Victorian State Crown Law Office (1955-57) before becoming a humanities teacher at Williamstown Technical School (1958-63) and Noble Park Technical School (1964-65).

From 1966-1972 Richard taught humanities at Swinburne Technical College, first as a lecturer and then as a senior lecturer. In 1972 he was awarded a Commonwealth Postgraduate Award to study at Cambridge, UK, where he was very active in the newly-formed Churchill College Law Society, joking that he hoped he didn’t embarrass other members too much with his “comparatively great age” and “quaint colonial ways.”

Throughout his career, Richard was known for his energy and commitment.  He sat on numerous ad hoc committees and played a significant role in the development of institutional policies and practices.  He once claimed that there was no part of the old CIT that at some time or other he was not “in some aspect, responsible for in detail.”

Richard was closely involved with the planning, design and supervision of several major campus buildings, including the library at Swinburne and the Phillip Law and Groves Buildings at Caulfield. He had a keen understanding of the issues in planning, resources and staffing and had the energy, capacity and commitment to tackle them successfully.

Richard’s pastimes included landscape painting, music and theatre. He was also a restorer of vintage cars and a keen genealogist. He was an active member of the Cornish Family History Association of Victoria and in 1999, was awarded the Bardic name, Dyscajor Ertach Gwyr  - meaning True Heritage Teacher – for services to all things Cornish in Australia.

Professor Snedden retired from Monash for health reasons at the end of 1993.

He was married to Dr Joan Snedden and the couple have two children.

Edited version of article published in The Insider, 4 February 2021.