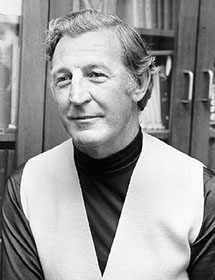 As a child Tony Linnane’s hero was Louis Pasteur.  Whilst his peers were watching Mae West in Hollywood’s “Go West Young Man,’’ he sat goggle-eyed as the story of the French microbiologist was brought to life on the big screen.

Early on, he vowed to be a scientist who would seek to discover how living organisms worked.  He did that and much more. While it is too much of a stretch to say he discovered the fountain of youth, he came close with his work on coenzyme Q10 and its remarkable ability if not to turn back time, at least to slow down its relentless march.

Anthony William Linnane was born in Sydney in July, 1930, two years after Alexander Fleming discovered penicillin. He studied science at Sydney University, graduating in 1951.  In his second year he enrolled in biochemistry and on reflecting on his career in a journal article for the International Union of Biochemistry and Molecular Biology, declared ‘’it has been the love of my life ever since.”

After completing a Masters in Science, he decided to stay in Sydney to do a PhD (examining functional yeast mitochondria and the properties of petite yeast), rather than follow the well-trodden path of high-achieving science graduates to the hallowed halls of Oxbridge. “I felt the model for us were the state universities of the USA who grew over one century to excellence.” With his gaze firmly set to the West, he headed to the University of Wisconsin in 1956 where he worked as a post doctorate fellow at the Institute for Enzyme Research.  The competition between laboratories in the US was intense, he noted, with the scientific giants of the day regularly locking horns at seminars.  “It was a heady experience for a Sydney boy.”

After two highly formative years, he returned to his alma mater as a lecturer and senior lecturer.  At that time the power of molecular biology techniques was beginning to grab attention and he started to think about his own work on yeast in more expansive terms, as an amalgam of biochemistry, molecular and cell biology rather than a single discipline.

In 1962 he moved to Monash as one of the staff recruited to start a new medical school.  Three years later, he had worked his way up from reader to become a full professor at the relatively young age of 35.  Caught up in the heady optimism of the era, Tony and his colleagues perfused the science courses with the excitement of the contemporary new advances in biochemistry that were then taking place.  The active research interests of the staff led to a third year B.Sc. course in biochemistry that had the flavour of molecular and cell biology, rather than the more run of the mill “structure and metabolism” texts in biochemistry.

In order to meet the funding challenges facing university research at that time, the department established a Centre for Molecular Biology and Medicine (CMBM), of which Tony was made director in 1983. The centre represented a major innovative development, creating a broader community profile for its molecular biology and medical research with a goal to marry strategic research with commercial application.

Much of the centre’s work built on Tony’s considerable expertise in the field of mitochondria (the power generators of cells and providers of genetic history).  Following the completion of the mapping of the mitochondrial genome and the understanding of methods for genetic manipulation of it, he changed tack; beginning in 1980 he spent close to ten years working on developing a stomach and intestinal cancer diagnostic tool and exploring the Interferon system, then in its infancy.

However, he once said that his “karma” was never to escape the study of mitochondria “and all their glory.”  In 1989, whilst discussing recently recognised human mitochondrial diseases with his colleagues, it occurred to him that DNA mutation, could, over time, lead to dysfunctional mitochondria and be a major contributor to the ageing process.  “Progressive depletion of energy production…is associated with the gradual decline of the physiological and biochemical performance of organs, significantly contributing to the ageing process and ultimately death.”

In other words, the progressive accumulation of ongoing mitochondrial DNA mutation with age leads to a decline in cellular and tissue energy, which, in turn, contributes to the pathology of degenerative diseases of the blood vessels, brain, heart and muscles. Mitochondria, essentially, house the biological clock.

In 1989, Tony published his theory in the prestigious medical journal, The Lancet, elegantly weaving together the most productive threads of ageing research, espousing his belief that it began at both cell and organism level.  He called it “the universality of bioenergetics disease.” However, it took a further six years for him and his team to establish, by experimentation, that his hypothesis was essentially correct.

Tony was also renowned for his work on the role of coenzyme Q10 - the mitochondrial agent par excellence - which has been hailed as a wonder pill in slowing down the process.  Studies by him and his team showed that CoQ10 could help stave off decline by protecting mitochondrial DNA, enhancing cellular respiration and fuelling alternative energy sources in the cell. If the body were a car, CoQ10 keeps the engine sparked, prevents it from rusting and puts the breaks on ageing.  “Dietary supplementation with coenzyme Q10 is thus indicated as a treatment to improve the quality of life of aged individuals and to provide protection against such age-related conditions such as heart failure and neurodegenerative disease.”

In 1991, Tony was made head of biochemistry and continued in this role until 1994. Against the backdrop of his academic successes, his time at Monash in the latter years was marred by dissatisfaction and unrest amongst sub-professorial staff, unhappy with what they perceived as an out-dated patriarchal system of governance. Tony stepped down later that year and concentrated his attentions solely on being Director of CMBM.  Tensions, however, continued to surface over departmental and centre assets, and disputes and confrontations became increasingly personal and political.

Tony remained Director until 1996 and continued in the role afterwards when it was established as an independent entity. In later years he worked as a consultant for the International Diabetes Institute and part-time professor in the Centre for Integrative Clinical and Molecular Medicine, University of Queensland, which he established with Professor Luis Vietta to continue, in part, the studies they began in Melbourne on pro-oxidants and antioxidant systems.  Over the course of his career, he published more than 300 papers.

Not surprisingly, Tony received many plaudits. He was made a Fellow of the Australian Academy of Science in 1972, and in 1980 was elected Fellow of the Royal Society, London. In 2000 he and his team were awarded the Distinguished Service Award by the International Union of Biochemistry and Molecular Biology.

He was Secretary and later President of the Australian Biochemical Society (ABS) from 1974 – 76, where he made it one of his personal goals to strongly promote Australian national meetings. He was also President of the Federation of Asian and Oceanic Biochemical Societies 1975-77 and Treasurer of the International Union of Biochemistry and Molecular Biology 1988 - 1997.

He founded, and was editor-in-chief of the first 46 volumes of the journal, Biochemistry International, published out of the Sydney office of Academic Press.  After a slow start, it morphed into the much larger Biochemistry and Molecular Biology International (BAMBI) journal.

In 1973 he was awarded the Lemberg Medal, by the Australian Society for Biochemistry and Molecular Biology (ASBMB) and received the Distinguished Service Award from the International Union of Biochemistry and Molecular Biology (IUBMB) in 2000.  He was appointed Emeritus Professor at Monash in 1996 and was appointed a Member of the Order of Australia (AM) in 1995.

Tony married twice and has four children; a son and a daughter from each marriage.

Extended version of tribute published in The Insider, 23 November 2017.