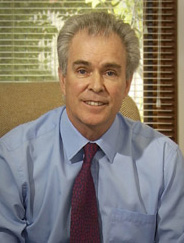 Professor Richards was 55 and at the peak of his professional career when he died after returning home from a run on 5 April 2005.

Professor Richards joined Monash as professor of primary care research in February 2003. In that same year, he received the Distinguished Career Award from the Australian Association for Cognitive and Behavioural Therapy in recognition of his contribution to behaviour research and therapy.

The head of the Department of General Practice, Professor Leon Piterman, said Professor Richards had learned early in his professional career to combine his dual passions of clinical practice and research.

He said Professor Richards was a tireless advocate for quality research into mental health care, particularly in areas relating to innovative new treatments and modes of delivery.

Professor Richards maintained an active interest and involvement in health psychology and was involved in research into erectile dysfunction, cardiovascular disease, stress, depression and tinnitus.

At the time of his death, Professor Richards was actively involved in three NHMRC grants, two ARC grants and three Beyondblue Centre of Excellence grants. He was an author of more than 50 refereed publications, five book chapters and numerous conference papers nationally and internationally.

Professor Piterman said as well as his professional achievements, Professor Richards was a gentle, kind, considerate and humble man.

"He was selfless and generous with his time. He did not discriminate and gave of himself to both junior and senior staff alike. He was committed, devoted to his staff and his work and constantly strived for excellence in research and patient care," Professor Piterman said.

Professor Richards is survived by his mother Jean, his brother Andy, his partner Marita McCabe, his daughters Sasha, Erica, Hayley and Imi, his four grandchildren, two stepsons Matt and Mark and an extended family.