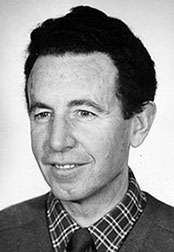 The University community is saddened to hear of the passing of Emeritus Professor John Swan AO.

He was integral to the establishment of Monash University, as the State government of the day adopted his suggestion that it be named after Sir John Monash.

Professor Swan began teaching at Monash in 1966. He was the Foundation Chair of Organic Chemistry until 1971, where he was then invited by then Vice-Chancellor, Sir Louis Matheson, to take the position of Pro Vice-Chancellor.

He remained as Pro Vice-Chancellor until 1975. With a desire to return to his scientific roots, he took the position of Dean of the Faculty of Science in 1976, which he held until 1984.

To maintain close and continuous contact between science inside and outside of the University, Professor Swan gave much of his time to various funding and policymaking bodies. These include notable groups such as the Australian Research Grants Committee, the Australian Marine Sciences and Technologies Advisory Committee, the Council of the Australian Academy of Science and the Victorian Conservation Trust.

He retired in 1985, and continued his research, establishing the Victorian Institute of Marine Sciences, and conducting studies on the environmental impacts of offshore oil and gas exploration.

He received an Honorary Doctorate of Science in 1994.

The John Swan Chemistry Honours Scholarship, established in his honour, is the School of Chemistry's premier award at the undergraduate level. It is awarded to high-achieving undergraduate students who wish to continue their passion in chemistry through research programs.

Prior to his involvement with Monash, Professor Swan worked in the CSIRO, starting in its Division of Protein Chemistry. During this time, he worked in New York as part of the team that first synthesised oxytocin, the first man-made peptide hormone.

In addition to his professional life in science research and academia, Professor Swan was also a devoted conservationist, environmentalist, inventor, public speaker, and lover of art, music and poetry.