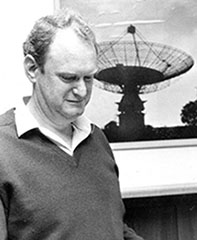 The Monash community is saddened to learn of the passing of Dr Peter Godfrey.

Dr Godfrey, an adjunct staff member with the School of Chemistry, passed away in early March 2014 at the Epworth Freemasons Hospital.

Dr Godfrey had a long and illustrious history with the school, starting off as a Technical Assistant Grade II in 1962, undertaking his honours in 1965, then completing his PhD with Professor Ron Brown in 1971 in the area of microwave spectroscopy.

After a senior research fellowship at Harvard (1969-71), he was duly appointed to a teaching fellowship at Monash in 1973 and an academic position at Monash soon after.  He spent the next 40 years researching his passion, microwave spectroscopy.

Dr Godfrey had serious health problems in the decade leading up to his passing, but still managed to find the strength and effort to work on his passions at his beloved laboratory despite the numerous hospital visits.

"Dr Godfrey's impact on the School of Chemistry is hard to define," Professor Langford said.

"Peter had one of the sharpest minds I have ever met, with a sense of humour to match."

One of his first PhD students, Professor Donald McNaughton, also of the Monash School of Chemistry, remembers his time under Dr Godfrey's supervision, and later working alongside him in the school.

“Peter’s encyclopaedic knowledge of spectroscopy and physical chemistry and his ability to impart that knowledge with enthusiasm made him an excellent supervisor at both graduate and undergraduate level," Professor McNaughton said.

"He was a dab hand at problem solving in the laboratory and available at all hours of the day and night to help find solutions to seemingly insurmountable instrumental or computer programming problems. He became a lifelong friend.

“I will miss those corridor conversations where the topics could be on anything from red wine, the optimum way to land a Boeing 737 at Heathrow airport, the flora of Airey’s Inlet, or how to bring an ancient Mac IIci back to useful life, through to astrochemistry and how to make sense of a spectrum with four interacting quadruple nuclei.”