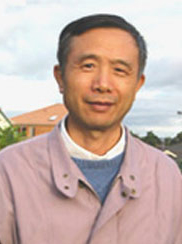 Professor Xiaokai Yang, who held a personal chair in Monash's Department of Economics, passed away on 7 July 2004, aged 55.

Professor Yang's life and career were extraordinary. Born in China, he was a teenager when the cultural revolution broke out in 1966. While still in high school, he published a political tract challenging Chairman Mao's communist regime. As a result, he was arrested and imprisoned for 10 years.

After his release, he published two influential monographs on economics and studied for his PhD at Princeton University in the US, receiving his PhD in 1988. He subsequently accepted a postdoctorate fellowship at Yale University.

He was elected a fellow of Australia's Academy of the Social Sciences in 1993.

Professor Yang was internationally recognised as a leading theorist in the field of economic analysis. His work was highly regarded by fellow economists and drew considerable attention and international repute to Monash.

In a 2002 visit to Monash, Professor James Buchanan, 1986 Economic Science Nobel Prize winner, stated: "In my view, the most important and exciting research in economics in the world is done at Monash, and it is done by Xiaokai Yang."

Monash colleague and Logan research fellow Dr Guang-Zhen Sun said Professor Yang would be missed by his family, students, colleagues and many friends as "a great teacher, an original thinker and a superb human being".

Professor Yang is survived by his wife, Jean (Xiaojuan), and his children Xiaoxi, James and Edward.