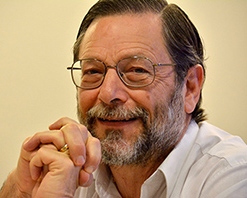 Despite his reputation as a first-class academic, Professor Bruce Jacobs AM, who died aged 76 on November 24, was not one for sitting in an ivory tower. Instead, he regularly participated in grassroots society and was known as a forthright public intellectual.

His reputation in the fields of China and Taiwan affairs extended well beyond academic life in Australia. Taiwan, particularly, was very much a focus of his research and discourse, and for more than half a century he studied its democratic development and historic interpretation. He investigated the roles of relationship, face and factions in local politics and became so well-known in the country he developed the nickname “Big Beard”.

Bruce was the first academic to engage in field research to uncover vote-buying practices in Taiwan’s election campaigns. His presence in Taiwan at that time as an academic and witness went through a Kafkaesque patch when he was falsely implicated in the murders of the mother and twin daughters of activist Lin I-hsiung in February 1980. During the White Terror and Martial Law eras, he was put on a blacklist of people barred from entering the nation. He later wrote about this experience of being followed, interrogated, held hostage and tortured in his 2016 book, The Kaohsiung Incident in Taiwan and Memoirs of a Foreign Big Beard.

Indeed, he exercised his capacity for energetic leadership widely throughout the Faculty. His work as Chair of the International Committee and as Associate Dean (International) (1998-2000) steered the University towards its aim of globalisation and his contribution as advocate, organiser, translator, and interpreter was considered invaluable.

Bruce served on the Australia-China Council (1991-1995) and contributed to the Harvard Asia-Pacific Review on China-Taiwan relations. In addition to being fluent in Mandarin Chinese, he also spoke Hokkien or Taiwanese.  As a public intellectual he wrote widely for Australian and international newspapers and journals, including The Age and The Australian, and for Radio Australia.

Jeffrey Bruce Jacobs was born in Fort Lauderdale, Florida, in the US in 1943, the son of Robert Baron Jacobs and Sonia Annette Lesh. He graduated AB from Columbia University in 1965 and went on to study Early Chinese History at the National Taiwan University, graduating in 1966.  An MA in Political Science at Columbia followed, and a PhD in 1975.

Bruce worked in a professorial capacity in New York at Hofstra University and Clarkson College of Technology before migrating to Australia to take up an appointment as a lecturer in politics at La Trobe, eventually becoming the Foundation Director of its Institute of Asian Studies. He acted as a consultant for the East Asia Analytical Unit at the Department of Foreign Affairs and Trade and his interpretation skills were invaluable to VicHealth during the visit to Victoria of China’s Minister of Health in 1994.

In addition to his extensive research across a range of disciplines including politics, anthropology, history, geography. economics and literature, he also released numerous publications in the form of academic papers and books and book chapters, as well as opinion pieces in newspapers and magazines.

Bruce edited the four-volume work Critical Readings on China-Taiwan Relations (2014) and was co-editor and contributor to Changing Taiwanese Identities (2017). In 1995 he translated Bitter Peaches and Plums, a novella about Chinese student experiences in Australia.

Bruce was appointed Emeritus Professor by Monash in 2014.  His love for Taiwan did not diminish in retirement and he continued to be active in the international arena, publishing books in support of Taiwan from democratic, historical and international perspectives. In 2018 he was awarded the Order of Brilliant Star with Grand Cordon by the Government of Taiwan, where a civil group marked his return by holding a tea party to express its appreciation for his role as “friend and benefactor.”

In June 2019 Emeritus Professor Jacobs was appointed a Member of the Order of Australia (AM) for significant service to higher education, particularly in the field of Asian studies.

Edited version of article published in The Insider, 12 December 2019.