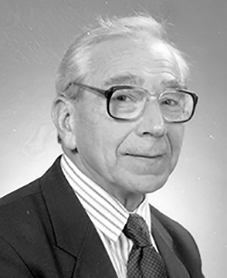 The University community is deeply saddened to learn of the death of Emeritus Professor Dennis Arthur Lowther, who passed away on Saturday, 14 August 2016, aged almost 90.

Professor Lowther was appointed to the fledgling Department of Biochemistry at Monash University in 1962, and rose through the ranks to become Reader and then Professor in 1969, until his retirement in 1991.

In between, he had been variously Head of Department, Associate Dean, and he was the first Deputy Dean of the Faculty of Medicine at Monash University.

During that time, he published more than 140 research papers, according to an article published by Fairfax Media in 2012, and “his work on the structure and repair of cartilage in the knee joint was internationally recognised.”

Following his retirement, Professor Lowther undertook a Bachelor of Arts at Monash, in 1996, majoring in psychology and sociology, followed by a BA (honours) in sociology, in 1999.

He commenced his second PhD thesis, this time in sociology, at the ripe young age of 85 – 57 years after completing his first one at London University.

His interest in sociology led to his appointments on a number of Government Ministerial Advisory Committees, and on community-based bodies, which provided him with a busy and fruitful life beyond official retirement.

He also became a trained marriage, relationship and grief counsellor.

A service to celebrate the life of Professor Lowther was held on Saturday, 20 August 2016, at the Chapel of Reflection at the Springvale Botanical Cemetery.