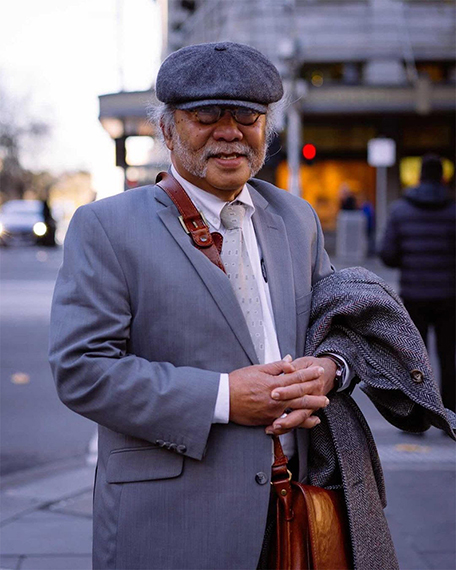 According to the Indonesian proverb, diligence is the beginning of brilliance. Basoeki Koesasi, who has died aged 74, epitomised the essence of an axiom from the country that he loved.

Pak Bas, as he was known,  was an exceptional teacher and a statesman but not in the traditional sense. Whilst his name may not immediately spring to mind when talking about the movers and shakers of diplomatic relations between Australia and Indonesia, he nevertheless played an indelible role in developing neighbourly relations.   He dedicated his life to building bridges between his adopted country and his homeland in a way that changed lives and will continue to create ripples and eddies for many years to come.

Bas used his wit, charisma and effervescent kindness to forge links with everyone from  local street stall vendors to Indonesian royalty. Preposterous stories of his extreme connectedness were not exaggerations, as his students discovered when visiting Indonesia and finding themselves being greeted by the Sultan of Yogyakarta.  His generosity of spirit inspired a generation of Indonesians and Australians from all walks of life to learn each other’s language and culture.

Bas came to Monash in 1975 as a part-time tutor in the Department of Indonesian and Malay, rising through the ranks to become the University’s first Director of Indonesian Engagement in 2010.  He was a formative influence in an era where options to study Indonesian were limited, channelling his abundant energy into building relationships with universities and government departments in Indonesia. In 1979 he took the first group of Monash students to Padjadjaran University, in Bandung, West Java; the start of a long-standing relationship. In total, he spent more than 35 years with Monash where he was highly regarded as a beloved friend, esteemed colleague and indefatigable champion of Indonesian studies.

Like the greatest of teachers, he inspired his students, rather than merely taught them; opening their eyes to understanding the importance of culture and friendship, focusing not so much  on the nation of Indonesia but on the people themselves. In the classroom he could be outrageous, using mischief to transform the driest grammar lesson into a riotous affair. He had a wicked sense of humour and enjoyed a good pun. In doing so he  kept his students entertained and engaged, whilst insisting on high standards.

Bas believed that in order to be effective, speaking Indonesian had to take the socio-cultural setting of language-use into account. Learning the language in the rarefied atmosphere of the Ming Wing was vastly different than experiencing the people and culture first hand. To this end, he organised study tours and brought together a community of alumni to foster a lasting and world-spanning appreciation of Indonesian culture.

These visits took students to the Indonesian Parliament where they would talk with ministers and administrators in education, foreign affairs, defence, information and youth affairs; universities and villages where they witnessed how foreign aid, though well intended, could be inappropriately applied. Such excursions gave students a deep appreciation of the lives of Indonesians and brought alive the drama of their history.

Each adventure was meticulously planned. Bas would carefully hand-pick individual tutors on his home turf for each and every visiting student. And whilst he encouraged them to explore and experience the living heart of his native land, he watched out for their  welfare.  He would arrive with a frozen pack of meat pies and a cheery greeting to those holed up in lodgings, struggling to adapt to a new diet.  And for those who found themselves  besieged by street sellers in the back streets of Jogjakarta, Bas was on hand to smooth things over. Today his students can be found across many government departments in Canberra and most will have a tale to tell of Pak Bas.

Basoeki Koesasi was born on July 14, 1946 into a family of twelve in Sumatra.  Perhaps it was portentous that he arrived on the earth on Bastille Day which celebrates both a turning point in the French Revolution and the unity of the French people. After moving to Australia and subsequently to Monash, he undertook a BA , graduating in 1980. His research interests included the development of Indonesian languages  and technical vocabulary and linguistic change in Indonesia. In 1982 he was appointed examiner of Indonesian for the HSC in Tasmania. He was President of the HPPIA (Indonesian Research and Teachers Association) 1983-1985.

As Monash’s Director of Indonesian Engagement,  Bas was instrumental in shaping the strategy which led to the birth of the Australia-Indonesia Centre in 2013 and was senior advisor to the AIC’s inaugural director, Paul Ramadge.  In this role, he established a leadership programme for Indonesia’s Ministry of Foreign Affairs and facilitated close connections between the Yogyakarta Special Region and Victoria through a partnership with the Melbourne Symphony Orchestra. His links with significant  religious and political figures were legendary and he shared them generously to good effect.

In 2005 he was the recipient of Satya Karya Bhakti Pendidikan Unpad (Distinguished Service in Education Award) by Padjadjaran University in Bandung, Indonesia, for his ‘unprecedented contribution’ towards strengthening the collaboration between Monash and the University, with the official citation noting that his contribution had 'enhanced the friendship between the Australian and Indonesian people'. In 2010 he was also awarded one of Indonesia’s highest civilian medals – Bintang Jasa Pratama (Star of Service, 2nd class) by former President Susilo Bambang Yudhoyono (‘SBY’) for his service in promoting greater understanding of Indonesia in Australia.

Bas will be remembered for his wide smile, colourful clothing and somewhat dishevelled hair.  His humour and jovial personality made it easy to underestimate just how important was  the role he played.  His office was a treasure house of Indonesian artefacts from floor to ceiling and his desk paid homage to the main love of his life; his family. He could do a fantastic Aussie impersonation at home around the barbecue,  whilst remaining a tireless advocate for the country of his birth.