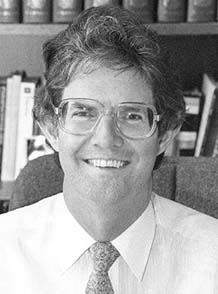 Monash University’s former Dean of Arts and Deputy Vice-Chancellor, Professor John Hay AC, passed away on Thursday, 3 November 2016, at the age of 74.

John came to Monash in 1987 as Dean of the Faculty of Arts. His arrival coincided with a period of rapid structural change in Australian higher education, following the release of the Dawkins White Paper.

John took particular responsibility for the negotiations with the former Chisholm Institute, under which the Caulfield and Peninsula campuses became part of Monash. This was recognised as one of the most successful and fully integrated mergers achieved in Australia at that time.

John also strengthened the academic staffing policies of Monash University.  He drove the implementation of merger and award restructuring industrial agreements, achieving uniform appointment and promotion provisions for all academic staff of the enlarged University.

Following his time at Monash, John was Vice-Chancellor of Deakin University (1992-95) and the University of Queensland (1996-2007). In both cases he made lasting and significant changes to enhance those universities.

For his services to advancing higher education in Australia, John was awarded a Centenary medal in 2003 and was made a Companion of the Order of Australia in 2004. In 2015 Monash University awarded John an Honorary Doctor of Laws in recognition of his contributions.

John Hay is remembered at Monash for his dynamism, astuteness and wit, and for the clarity and commitment he brought to implementing the vision of a greater University. The Monash community extends its deepest sympathies to his family and friends.