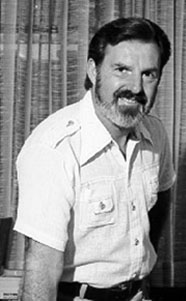 He joined Monash in 1968, as a lecturer then senior lecturer in Education, before transferring to HEARU in 1973. The unit operated outside faculty structures, aiming to improve learning and teaching across the university, conduct research into all aspects of tertiary education, encourage long-term planning, and disseminate research findings.

Apart from numerous evaluations and reports for internal clients, Dr Hore and his HEARU colleagues carried out and published notable research on the mature age student experience, reasons for full-time students discontinuing their studies, drink-driving and the effectiveness of alcohol education programs, and aspects of teacher-student interaction, including non-verbal communication.

Born in Lancashire, England in 1932, Dr Hore trained as a teacher, specialising in physical education. He taught for three years at a school in southern England before coming to Victoria, Australia in 1960 as a field officer with the National Fitness Council.

He became a registered psychologist in Alberta in 1965, and in Victoria in 1969, soon after he came to Monash.

An associate professor from 1988, in 1990 Vice-Chancellor Mal Logan appointed him a professorial fellow with the title of professor.  HEARU was restructured in 1994. Dr Hore directed the Professional Development Centre for a time, and was based in the Centre for Higher Education Development (CHED) when he retired from Monash at the end of 1997. He was an honorary research fellow in CHED from 1998 to 2002.

Dr Hore brought a wide range of qualities and life experience to Monash in 1968, and was an enterprising, energetic and active researcher, planner and adviser, a gifted teacher and communicator, and a widely respected colleague.

The University community acknowledges with gratitude his life and work, and extends its deepest sympathy to Mrs Bev Hore and their family.