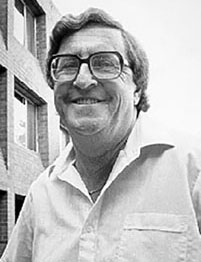 It is with deep sadness that I announce the passing of Mr Ken Ward on Friday, 22 April 2016, at the age of 82.  For 17 years until 1986 Ken was the effective and energetic Manager of the Monash Halls of Residence.

Ken joined Monash in 1969 when Clayton was the only Monash campus, and there were just three residential Halls - Deakin, Howitt and Farrer - housing a total of 550 students.

As the Monash student numbers grew to 10,000 and beyond, Ken Ward championed and helped manage the design and construction of two new Halls – Roberts and Richardson – which opened in the early 1970s to meet growing demand for student accommodation on campus.

The Halls provided students with a stable environment and pastoral care.  Ken managed the entire complex of Halls with great efficiency and ensured its standards of catering, cleaning and general supervision were maintained at a high level.

With his characteristic enthusiasm Ken joined the Monash University Cricket Club, playing a total of 89 matches between 1971-72 and 1985-86, and in occasional matches thereafter until 1992-93.  He was soon elected to the Committee, and served with distinction as President of the Club for eight of the 10 seasons between 1974-75 and 1983-84.

Ken Ward was honoured with Life Membership of the Monash University Cricket Club in 1978.

His active role at Monash was much more than a job for Ken, as he and his family lived on site throughout his time as Manager of the Halls.  He was a wise and trusted mentor to many Monash staff members and students over his long years of service. He is remembered as having made a significant and lasting contribution to the growth and organisation of student residential services at the University.

Ken Ward left Monash in 1986 and continued his successful career in the management of large residential conference and convention centres.

Ken will be greatly missed by the many members of our University community who knew him.  We extend our deepest sympathy to his family and friends.

A memorial service for Ken Ward will be held in the Religious Centre on the Clayton campus at 11am on Friday, 29 April 2016.