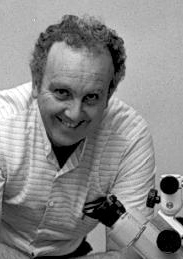 The University community is deeply saddened to learn of the death of Dr Terry O'Brien on Monday, 4 July 2016, following a long illness. Dr O'Brien was a former Reader in the Department of Botany (now Biological Sciences) and worked in the department for almost two decades.

After gaining a PhD from Harvard University, Dr O'Brien joined the staff of the Botany department at Monash in 1967 where he initiated research and teaching in plant histology.

He enthusiastically widened the scope of his research into other fields of botany, especially plant ecology.

In the early 1980s he was involved in a study that identified the importance of fire to the long-term survival of the Mallee. According to an article in the Monash Reporter in November 1983, a team of researchers, including Dr O'Brien found "without fire there would be no 'recruitment' of the vegetation" in the Mallee. The research also pinpointed the significant role of ants in the population dynamics of the Mallee.

He was also involved in the introduction of Australia's first postgraduate course in tourism at Monash in 1989 - a postgraduate diploma in Australia tourism.

He later moved back to Harvard University and eventually to retirement in Victoria.