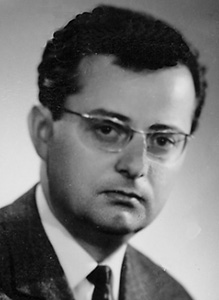 Jiří V. Neustupný studied Japanese and History of the Far East at the Faculty of Philology, Charles University, in Prague.  After a period as a research student at the University of Tokyo, he obtained a CSc. (Ph.D) from the Oriental Institute of the Czechoslovak Academy of Sciences, where he worked for seven years. He became the Foundation Professor of Japanese at Monash in 1966, and built the Department of Japanese Studies into a world-renowned program before his retirement in 1993. As a Sociolinguist, his philosophy for both teaching and research stressed the integration of the study of language with the study of culture and society, and he oversaw the recruitment of an interdisciplinary team of scholars, shaping a very different kind of language/area studies department to the standard model at the time.  He was co-founder of the Japanese Studies Centre in 1981, Foundation Director of the Institute for Contemporary Asian Studies at Monash, and Fellow of the Australian Academy of Humanities.  After his retirement from Monash he held appointments in Japan at Osaka, Chiba and Obirin Universities. In 2013, he received the Order of the Rising Sun from the Japanese Government.

Together with Björn Jernudd (with whom he worked at Monash) he was a founder of the Language Management Theory/Framework, mentoring two generations of younger scholars in Australia, Japan and internationally who continue to draw on his work. His ideas about language acquisition and teaching have also been very influential in shaping Japanese language education at both the school and tertiary levels, in Australia and more broadly.