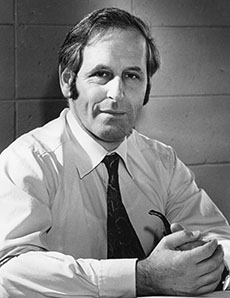 Emeritus Professor Peter Boss, who has died in Melbourne aged 94 years, was a man who made his own luck. Early in life, Peter understood that overcoming adversity could build resilience, and so was able to treat dire circumstances as mere inconveniences.  As Monash’s Foundation Chair of Social Work, he used his knowledge to help others thrive in dark times.

Peter and his colleagues reimagined the discipline of social work, creating a bespoke course distinct from others in Australia. At that time, social work tended to concentrate on the practical aspects without an underpinning academic framework; Peter’s vision enabled Monash to offer a practical course balanced by intellectual rigour.

Peter was born in 1925 to a wealthy Jewish family in Danzig (now Gdansk, Poland). As a child, he experienced an education system that presumed knowledge could be beaten into the students. "I got the cane once, and that was quite enough; it really hurt and made absolutely no difference to my behaviour," he revealed in his autobiography, Passing through: a short memoir of a long life (2010). Perhaps this awoke Peter’s vocation for social work, or prepared him for what was to come.

In 1939, the Nazis invaded Danzig. Peter and his brother, Walter, fled to England scarcely four months before the incursion.  He would never see his father again, and it was almost 20 years before he saw his mother.

Upon arrival in England, Peter and Walter were separated. "Nobody told me where I was to go, and there I was with my suitcase feeling, as the Aussies would say, like a shag on a rock," he recalled. Peter was assigned a foster home in the small Lancashire village of Clifton. After a time, he realised his hosts were making enormous financial sacrifices to keep him, so he moved south to Kenilworth, near Coventry, where he worked in a range of jobs that included delivering milk, pig-rearing and labouring, to make a living. However, he was interested in social work from an early age. When an opportunity arose to study for London University’s newly-established Diploma in Social Studies at Coventry Technical College, he didn’t hesitate. Peter worked hard, saved money, and made time to study. He gained his first tertiary qualification in 1951.

After graduating, Peter worked in Bristol’s Council Housing Department (1950-1954) and as education welfare officer in the education department (1954-1957). He also worked as area children’s officer in the Cheshire County Council (1957-1961). He made up for his lack of academic qualifications by writing articles about his experiences. In 1961, Derek Jehu, head of the childcare course at Liverpool University, came across one of his articles and offered him a job as lecturer in the social science department. Peter took advantage of this opportunity to pursue a master of arts by research, which he completed in 1965. He then worked as senior lecturer at Leicester University (1967-1974).

In 1973, a visit from a very personable colleague changed his life’s course. W.H. (Bill) Scott was a professor of sociology at Monash University, and he was looking for a foundation chair of social work. The Commonwealth government had recently implemented a policy to expand the numbers of professional social workers in Victoria, and Monash was eager to offer a new degree.

Peter was faced with a difficult decision: he could either go on with his satisfying career in England, where his family was happily established and he had already made a name for himself, or leave everything to travel to the other side of the world for a position that surpassed his wildest dreams. No longer afraid of uncertainty, he chose the latter.

In his 1986 paper, Social Work Education at Monash University: The first twelve years, a personal recollection, he recalled his excitement of journeying to the other side of the world to become part of a “young and thrusting” nation which appeared so exotic. At Monash he delighted in the friendly reception he received and the relaxed attitudes of the people he met. “Monash was still small, and it was possible to be in touch with academics in most of the departments. I had always been keen to build networks, and that suited me very well.”

There was much work to be done. Upon accepting the chair, Peter did not know he had signed up to become professor, teacher, researcher, administrator, public relations officer, and sometimes peacemaker. “The best I could claim was to have some notion of what academic work is about. So, to have lasted all this time without being rumbled in the other functions says something about the art of survival or the tolerance of the University!”

In 1975, 27 students enrolled in the newly-introduced Bachelor of Social Work. Over the next 12 years, Peter developed the course’s honours degree and introduced master's and PhD degrees that largely focused on child and family welfare. According to Monash University research reports, staff of the social work department published four books, 12 reports, 48 articles and two departmental monographs between 1976 and 1985. By 1984, 287 students had graduated from the Bachelor of Social Work, and by 1986 14 graduates had been awarded their master’s degree.

In 1986, Peter took early retirement, upon which he was appointed Emeritus Professor (conferred 1987). To mark his farewell, Boss’ students composed a song for him to the tune of Hey, Big Spender, proclaiming him "a man of distinction; a real professor". The Peter Boss Honours Prize for the highest-achieving year-four graduate commemorates his groundbreaking work.

After retirement, Peter worked with the National Children's Bureau of Australia (which later amalgamated with two other welfare agencies to form OzChild), and was head of social work at the Tasmanian State Institute of Technology in Launceston (1988-1990). In later years, he took pleasure in his expanding family, spent time reading Roman history, and indulged his love for gardening.

In the second issue of a student-run newsletter published in 1978, Peter encouraged students to "rage against the black night" of the Australian political system; namely injustice, inequity, authoritarianism and apathy, but urged them not to overlook the equally important social responsibilities of guiding and supporting all those in need. He concluded: “I have no faith in the belief that all will be well if only we can get rid of that awful elite. I have, however, retained some faith in the capacity of social workers to lessen the cruelties of political systems of whatever hue.” His remarkable life had taught him that advocacy without balance only led to destructiveness, and that rage must be equally countered by compassion.

Emeritus Professor Boss is survived by his wife, Hazel, daughters Janet and Deborah, sons Peter and Michael, and their families.

Edited version of article published 3 February and in The Insider, 13 February 2020.