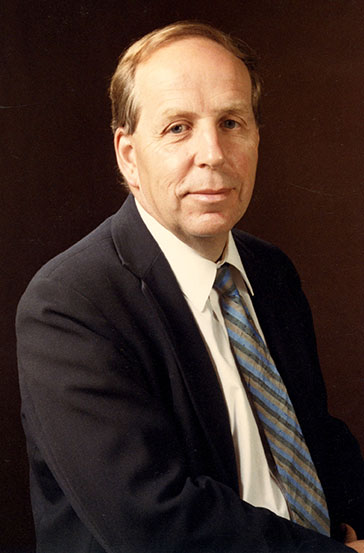 "Intellect and ideas versus materialism and indulgence.”
ABC’s Robyn Williams, on Roger Short’s path, The Science Show, May 2021

The Monash Medicine, Nursing and Health Sciences community is deeply saddened to learn that after a long and very full life, Professor Roger V Short passed away peacefully on Friday 6 August, 2021.

In 1972 he became the inaugural director of the Medical Research Council Reproductive Biology Unit (MRC RBU) in Edinburgh, Scotland. In 1982, he moved to a personal Chair as professor of reproductive biology in the Department of Physiology at Monash University. In 1996, Roger became a Professorial Fellow in the Faculty of Medicine, Dentistry and Health Sciences at the University of Melbourne and The Royal Melbourne Hospital.

Rogers’s early work described the critical role of progesterone in the maintenance of pregnancy. His work grew to encompass not only the biological aspects of reproduction but also a range of sociological and environmental issues. His compassion was evident in the causes he championed, wildlife conservation, reproductive rights and HIV prevention in pregnancy. While he began his career as a veterinarian, he made a more substantial mark on human medicine than many others.  His colleague Professor Colin Gibbs remarked

Reproduction in Mammals, a text book series Roger co-edited and wrote, had sold over 100,000 copies by 2010.

As an agricultural student at Massey University, in New Zealand, the experience of a Masters degree convinced me that I wanted to be a scientist. Fortunately, my supervisor, Maurice McDonald, had done his PhD at Cambridge with Roger and suggested that I contact him as he had just been appointed inaugural Director of MRC RBU. He suggested that I write to Roger, which I did immediately. Roger responded by insisting that I have a Scholarship, and I replied that I did not. He wrote that he could not accept me but by then, I was on a plane to Edinburgh. When confronted with me on the doorstep of the Unit, he grudgingly admitted me. By some inventive manoeuvres, by him and me, I eventually became enrolled. Roger had become fascinated with intersexes and the masculinisation of female foetuses, so this became my research topic. He told me that he adhered to the Cambridge method of PhD supervision and when I looked mystified he explained: “I give you a topic and you come back in 3 years with a PhD”. That is exactly what I did (in 33 months in fact, which is what you do when you don’t have a scholarship!), but Roger was much more yielding and guided me into the world of research. My PhD work mapped the impact of testosterone on the female brain during fetal development in the sheep. This remains the cornerstone of work that continues until the present day as a model of polycystic ovarian disease. Most importantly, by precept and example, he taught me the value of lateral thought. An example of this was his indication to me one day that our prenatally androgenised sheep did not crouch to urinate, as normal females do. I had noted this earlier but had not considered the possibility that the masculinisation of the brain determined the pattern of micturition stance! His guiding principles were great assets throughout my career as a scientist.

Much has been written of Roger’s achievements and his special gift of communication and the nurturing of young scientists. In particular, I remember his Plenary Lecture at the 1981 International Congress of Endocrinology which was held in Melbourne. He took the audience through a series of stories, each of which had a seminal message, whether of elephants or hyenas. His ability to mesmerise was a great gift of which many have been beneficiaries.

Roger never gave up his love of science and his enjoyment in promulgating the same. It was only his failing health that stopped him in the end. His legacy is found not only in his accomplished offspring but also in the large cohort of students and colleagues around the World who enjoyed his selfless tutelage and support. I am forever grateful that he let me in the door in Edinburgh.

I met Roger when he was my lecturer in reproductive physiology. I was impressed by the vitality he infused into the topic. He enthralled the class and brought the subject to life. He was the most engaging lecturer I ever had, and this is a common theme as I speak to Roger’s colleagues and past students: he was an exceptional science and medicine communicator. He peppered his material with memorable anecdotes, like the different spermicidal properties of regular Coca Cola vs Diet Coca Cola or the association between species’ promiscuity and testicular volume. The latter topic he helped explore in detail in an ABC TV production “Sperm Wars”. His friend Robyn Williams recounted a series of Roger’s stories in an ABC Radio The Science Show interview, which are well worth listening to.

Roger inspired me to change my life plans and encouraged me to pursue a career in research. I went on to do Honours with him, looking at the possibility that a drug used to treat Parkinson’s Disease might also terminate pregnancy in foxes (foxes use prolactin not progesterone to maintain pregnancy), and thus diminish urban fox populations. I then did a PhD with a previous student of Roger’s, Iain Clarke, looking at control of ovulation. I would not be a scientist and academic today but for Roger’s profound inspiration. I am grateful to have been taught by him, to have worked for him, and I strive to emulate his easy communication of science. He will be greatly missed.