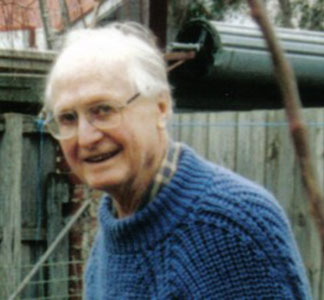 Emeritus Professor Peter William Musgrave, who was Dean of the Faculty of Education from 1977-1981, passed away on 21 March 2011 at Cabrini Hospital Prahran after a short illness.

Peter was born 9 April 1925 in England, and was educated at Cambridge University and the Institute of Education, University of London. After working as a school teacher and in a teacher training college in Cambridge, he held university appointments at Durham and Aberdeen before moving to a chair in the Faculty of Education at Monash in 1970.

Peter's second wife (Dr Frances Moran) survives him along with his daughter Sarah and son Simon Musgrave who is a Lecturer in Linguistics at Monash University.

A tribute by Professor Richard White, Dean of The Faculty of Education (1994-1999)

Peter Musgrave came to the Chair of Sociology in Education in 1970, when the Faculty of Education was in its youth - a time of excitement, growth, and burgeoning research.

Peter was well suited to the time: his scholarly interests were broad, and his aim was to integrate diverse fields into a comprehensive sociology of education. This breadth enabled him to be an effective leader of a vigorous group of scholars who covered a wide spectrum of fields, in politics, economics, sociology, and comparative education.

Peter was a prolific scholar of international renown. The Monash library holds 29 of his books, and he wrote hundreds of articles. His output was a model for his colleagues to follow, and was a factor in Monash having the pre-eminent faculty of education in Australia. Peter did much to encourage research among his colleagues. He was assiduous in attending research seminars, whatever the topic, where he made frequent, helpful, and positive contributions.

As well as research, Peter was active in teaching and supervising research students. Administration was less to his taste, though he was competent at it. A few years after he had come to the faculty, the Vice-Chancellor prevailed on him to be Pro Vice-Chancellor. Peter moved to the “Castle,” but within a week he was back in the faculty, having found that managing the parking committee and similar tasks was far from what he wanted to do.

Peter did not seek to be dean, but when the mantle fell on him in 1977 he accepted it as a duty, which he discharged with integrity, fairness, and tolerance. Actually, for someone who was not eager to be dean, it was not a bad time to have the job. His predecessors, Selby Smith and Sid Dunn, had established sound systems of administration, he had strong support from colleagues. Consequently Peter did not find the deanship as onerous as he might have feared. He continued to have time to write, teach, and attend seminars. He was a visible, and respected dean.