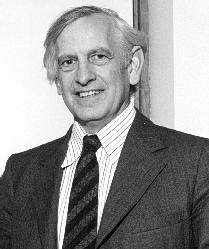 John arrived at Monash in 1960 and his inestimable contribution to the growth and transformation of the University over the more than 50 years that followed is truly remarkable.

For services to education, to public affairs and to international relations, John was appointed an Officer of the Order of Australia in 1988. He was also recently named a Jubilee Fellow of the Academy of the Social Sciences in Australia.

John was an incomparable source of advice and guidance for senior Monash staff members over many years. He remained actively involved in the University until very recently, contributing to the Board of the Herb Feith Foundation until 2013.