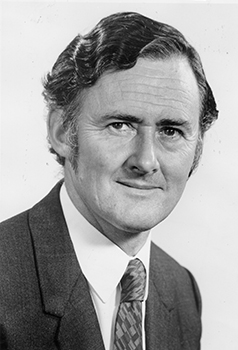 Associate Professor Maurice Balson was one of the founding academics at Monash Education in 1964. He was an educator, lectured in educational psychology and was a highly respected writer.

His book Becoming Better Parents was listed by the Age as one of the top ten books of its time.

His book Understanding Classroom Behaviour led to him being described as Australia's elder statesman in classroom management.

In the 1980s he opened a Parent-Teacher Education Centre which held 120 seminars in its first year. He was generous with his knowledge, a gifted speaker and popular with both staff and students.

Maurice retired in 1992. His wife Dawn and daughter Deborah predeceased him, and he is survived by son Ian, daughter Alison, five grandchildren and one great-grandchild.

Written with support from Dr Alan Gregory AM.

Edited version of article published in Faculty of Education News, 23 May 2022.