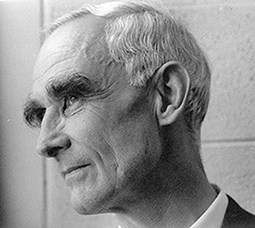 The foundation dean of the Faculty of Education, Emeritus Professor Richard (Dick) Selby Smith, has died.

Emeritus Professor Peter Fensham, dean of Education from 1982 to 1988, said Professor Smith saw the Education faculty as an important part of the Monash vision to create a first-class research university.

"This was a very big challenge for Dick, since every other education faculty in Australia was primarily for the initial preparation of teachers and involved in only a minor way with higher-degree students and staff research," Professor Fensham said.

To facilitate research, the faculty provided research scholarships for teachers who were well established in their careers.

"Soon, some outstanding research students were busily preparing their doctoral dissertations -- the forerunners of a steady stream of PhDs," Professor Fensham said. "By the 1970s and well into the 1980s, this meant the faculty was producing one-third of all the doctorates in education from Australia's 19 universities."

Professor Smith is survived by his two sons, Christopher and Peter.